Its no news that celebrities all over the world welcomes their children every year as they take to social media to make announcements to their fans and followers.

Below are some American celebrities who announced their Pregnancies…….

The NFL star who got married to his wife on March after 10 years of dating took to their Individual accounts to announce that they are both expecting their second child. In the photo, the duos were seen as they posed with their daughter while they held up a photo of Brittany baby scan.

They also made this announcement during the Memorial Day weekend.

Dutch model Romee and her husband, Laurens are expecting their baby NO 4. The popular model took to her Instagram page to announce the news with a caption ” Soon we will be family of 4, can’t wait”.

The Proud expectant mom shared a photo of herself and her family as their daughter was seen kissing Romee baby bump.

American singer and Songwriter announced her Pregnant in May whereby she shared a lovely video of herself, her daughter Carmella and her husband Paul Costabile.

Although it was recalled years back in 2020 January, Christiana suffering miscarriages and a stillbirth in November 2020.

The excited mom is expecting her second child.

Kelly, The daughter of heavy metal Vocalist and Songwriter, Ozzy Osbourne is expecting her first child. Announcing the news on her Official Instagram page, she wrote;

“I know I have been very quiet these past few months so I though I will share with you all as to why…. I am over the moon to announce that I am going to be a Mumma”. She wrote

In another caption, she wrote;

“To say that I am happy does not quite it short. I am escatic”

Singer, Songwriter and actress announced to her Followers on Instagram that she is expecting her third child.

Gushing about her baby, she captioned; 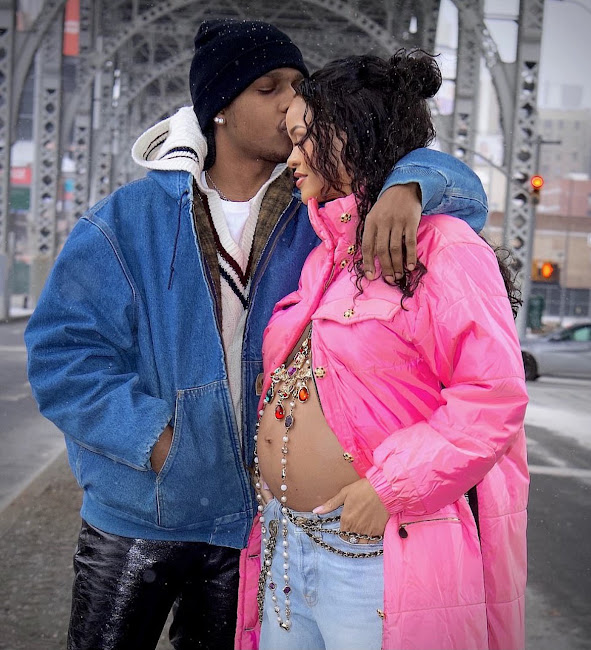 8. RIHANNA AND A$AP ROCKY
The American singers who is known for their Private Lifestyle announced on Feburary 6th that they are expecting their first child. Although they welcomed their baby boy on May 19th.

9. EVAN FELKER AND STACI FELKER
Singer and Songwriter announced that him and his wife are expecting their second child on March 24. This announcement was made via Instagram by Staci Felker while she celebrated her husband 38th birthday.

10. LEONA LEWIS AND DENNIS JACH
British singer, actress and also songwriter announced that she is expecting her first child with her hubby, Dennis. She made this announcement via her Instagram page.

11. CHRIS CARMACK AND ERIN SLAVER
American actor and his wife announced on their Instagram pages that they are expecting their second child (Baby girl). This comes after they welcomed their first daughter, Kai during 2016.

12. KEKE WATT AND ZACKARIAH DARRING
American singer and Mom-of-one 10 made an announcement on February 20th that she is expecting her 11th child. Although she welcomed her baby boy on May 27th.

13. JESSICA GRAF AND CODY NICKSON
Jessica the Big brother Alum star made an announcement on February 28 page that she is expecting her second child.

14. JILL DUGGAR AND DERICK DILLARD
American Television Personality, Jill announced that she is expecting third child. She made this known on a blog post in February 27.

15. AMMANI ALIYYA AND WOODY RANDALL
The proud couples made their announcement on February 28th as they revealed they are expecting their first child.

16. JODIE WHITTAKER AND CHRISTIAN CONTREARS
American actress, Jodie made her pregnancy known during the Brit Awards 2022. She is also expecting her second child.

17. MIA GOTH
Actress and Model made her Pregnancy known after she was spotted at Pasadena, California while talking a walk on January 28th.

18. HELENE YORKE AND BARY DUNN
Canadian-American actress, Helene made her pregnancy known via her Instagram post on January 22.

19. DANIELLE PANABAKER AND HAYES ROBBINS
American actress, Danille announced her pregnancy via Instagram post on January 19th with a caption;
“Can’t keep it to myself anymore, Swipe to see what’s keeping me smiling”.
Source: www.elizabethblog.com.ng
Share this Story