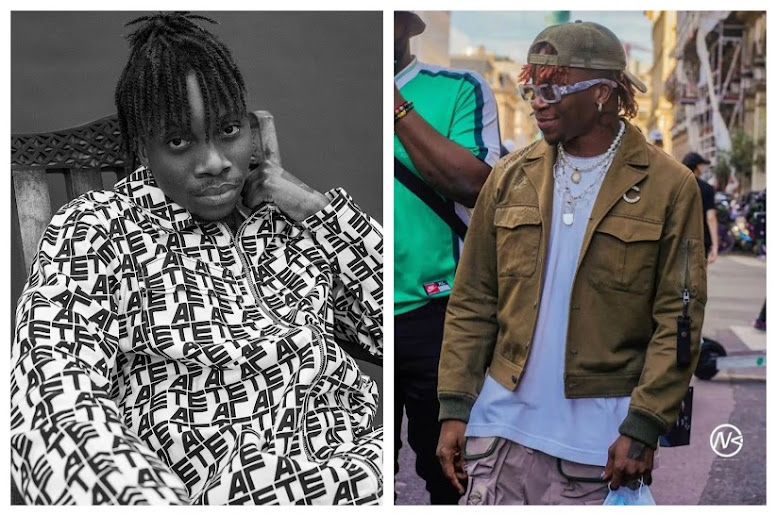 Nigerian Singer, Oxlade has finally tendered an apology to his fans and also the lady that was Involved in the Unclad tape.

It was recalled that the singer went viral weeks back after his s3x tape leaked online.

Hours ago, Oxlade took to his Twitter page to apologize to the lady that was Involved in the tape as he stated that she does not deserve the kind of exposure in the viral video. 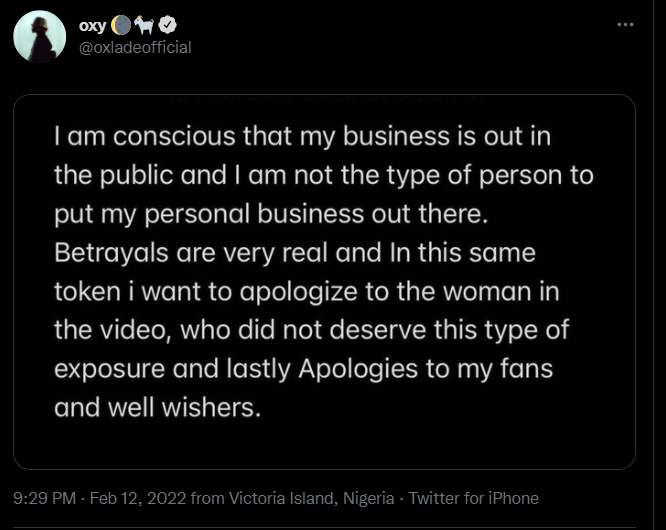 Break up go reach everybody- Nkechi Blessing opens up about her break up with her Husband, Opeyemi