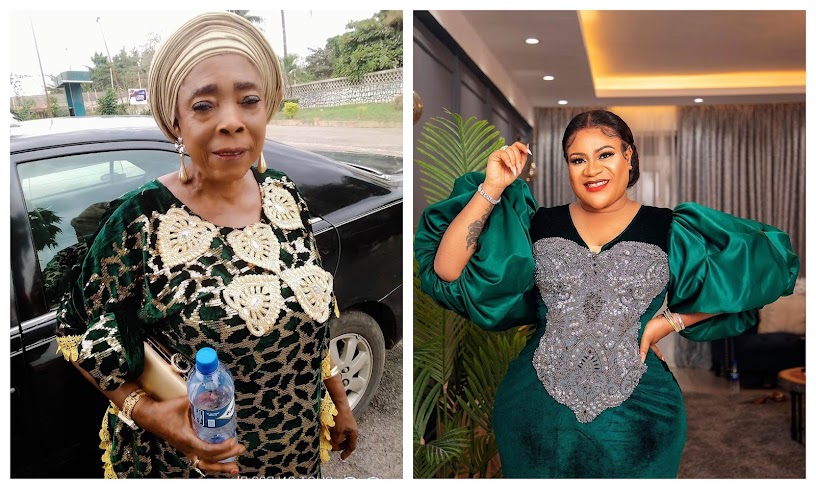 Nollywood actress, Nkechi Blessing has taken to social media to slam all actors and actresses who shared the photos of Iyabo Oko after she was announced dead.

According to her, she said that the Yoruba Industry needs to do something about this for all old veteran actors and actresses who needs help.

People are so quick to post RIP but to post success, they won’t fake love everywhere. The way you all rushed to post that RIP ehn.

I am sure Most of you did not rush to her Aid when her acct was posted🥲 its 2022 the Yoruba industry needs to do better than this…Just saying respectfully. 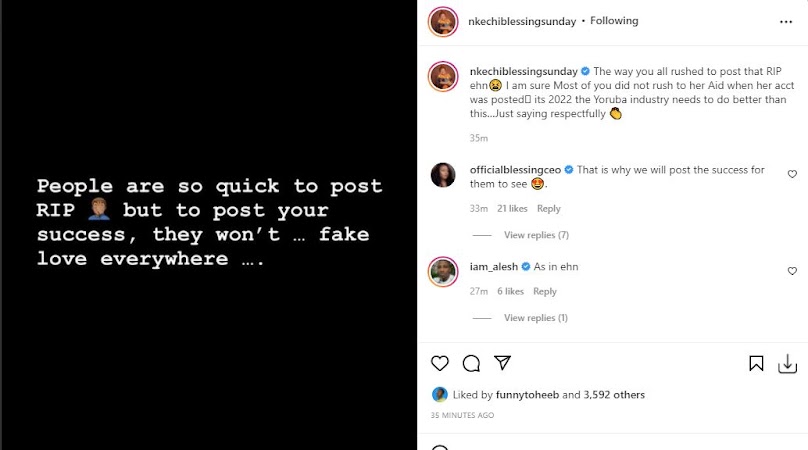