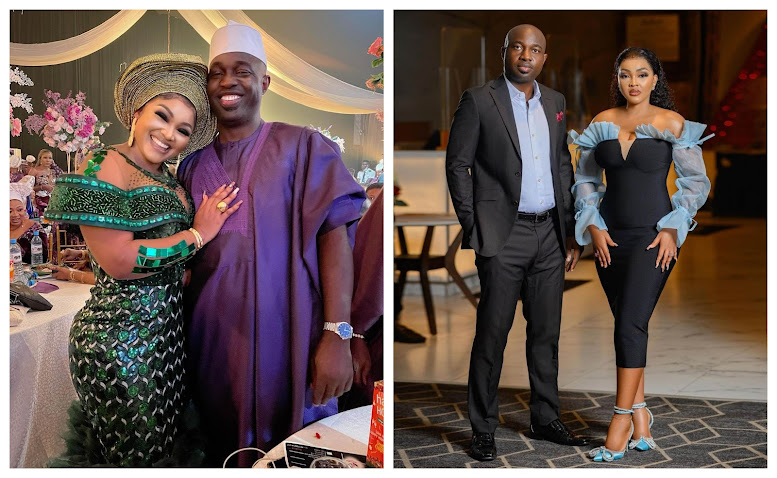 Nollywood actress, Mercy Aigbe has finally slammed critics as she disclosed that her husband, Kazim Adeoti is entitled to more than one wife.

According to TV Host, Morayo Afolabi-Brown revealed on Thursday January 27 that Mercy Aigbe told her that her new man is a Muslim and he is entitled to have more than one wife.

During a chat, Morayo said;

“I spoke to her (Mercy) last night, she called me to correct an impression and that it is wrong for us to say, ‘how can she go and marry her ex-husband’s best friend.’ She said they were never friends.

“They only attended an event where her present husband, a marketer in the industry, invited her to his birthday party, which she had attended in her ex-husband’s company.

“She told me that the man is a Muslim, he’s entitled to more than one wife, so yes, he has issues with the first wife, and he is now married to her as the second wife and as a second wife, doesn’t she deserve to be happy?”.

Morayo further revealed that Mercy Aigbe told her that people sent her hurtful messages on Instagram, and this has been depressing to her and her children.