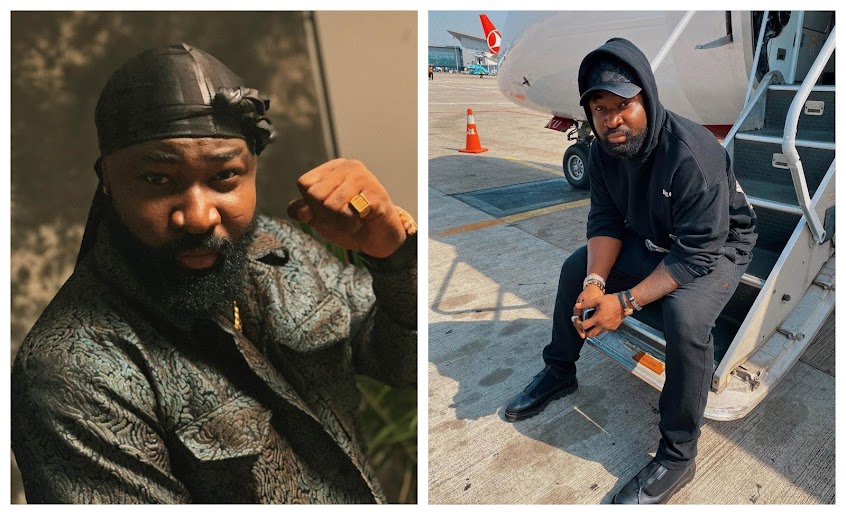 Popular Nigerian Singer, Harrison Tare Okiri aka Harrysong has revealed that his ex-girlfriend never had a child for him.

It was recalled that during 2017, Harrysong and his ex-girlfriend welcomed set of twins, a baby girl, named Tarela and a boy, named Perez at a hospital in Beverly hills, California.

Debunking the claims, Harrysong took to his Insta-story to address everyone revealing that his Ex-girlfriend lied about the children just to steal from him.

He added that the one and Only child he has is “Daviva” which he welcomed with his wife on December 9, 2021. 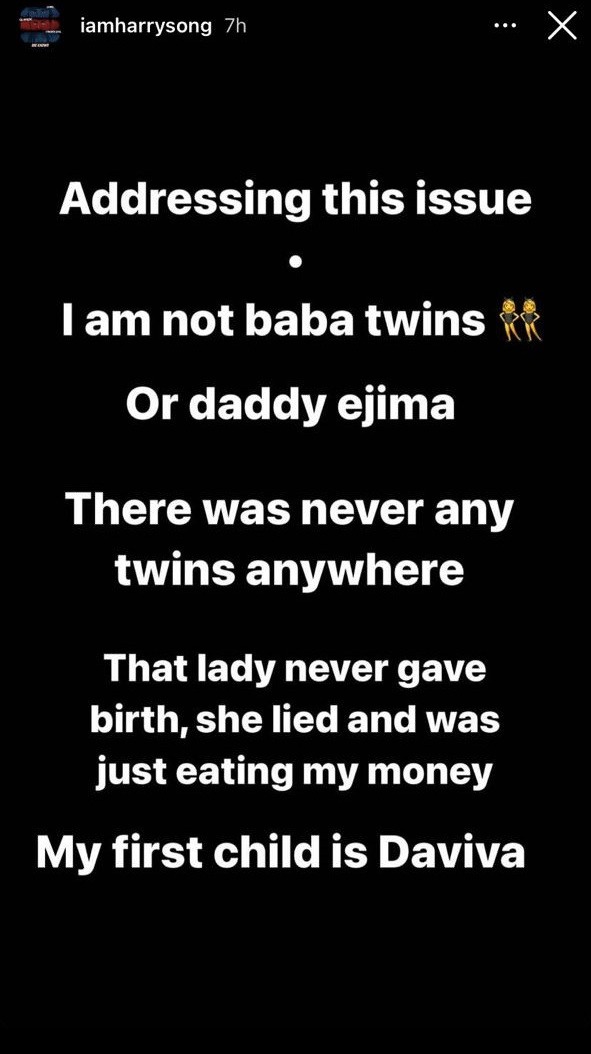