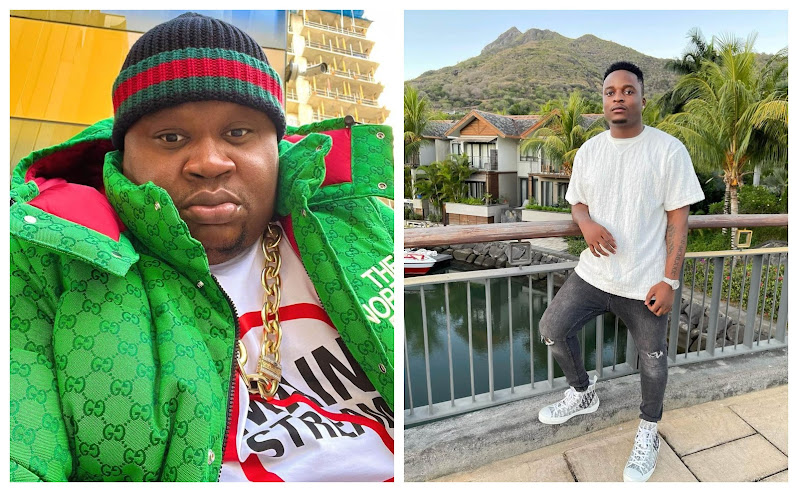 Socialite, Cubana-chiefpriest has been called out by a man Identified as Killabiogram over an Unpaid debt.

According to Killabiogram, He said he did Cloth Shopping for Cubana Chiefpriest in 2019 with a sum of N700K after he (Cubana) promised to pay him his debt on the due date.

Taking to his Insta-story to share series of chats he had with Cubana, He alleged that Cubana is fond of doing giveaways and living big on Instagram but refusing to pay up his debt.

He also stated that he had no choice than to disgrace him on Instagram after he refused to pay his debt. 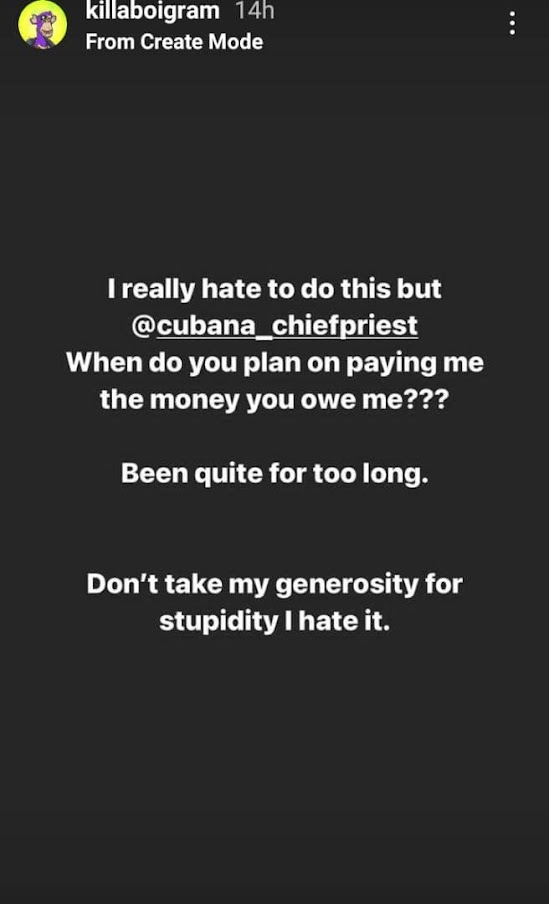 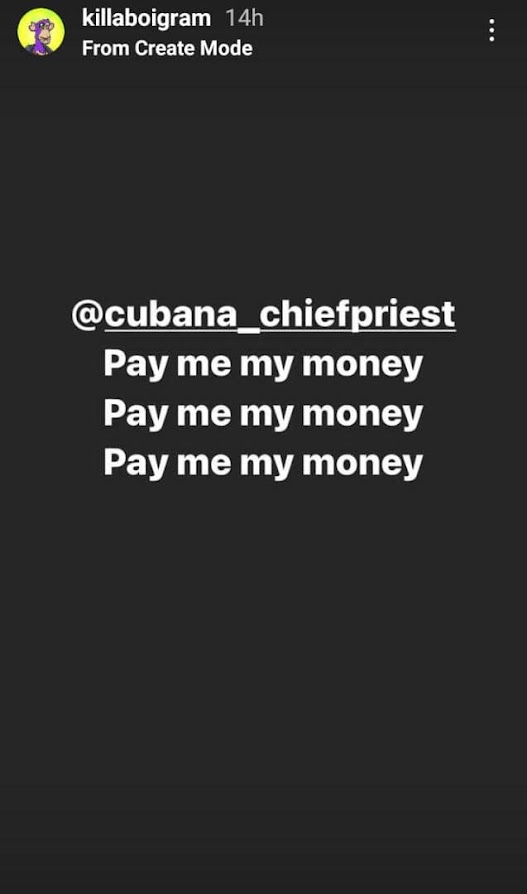 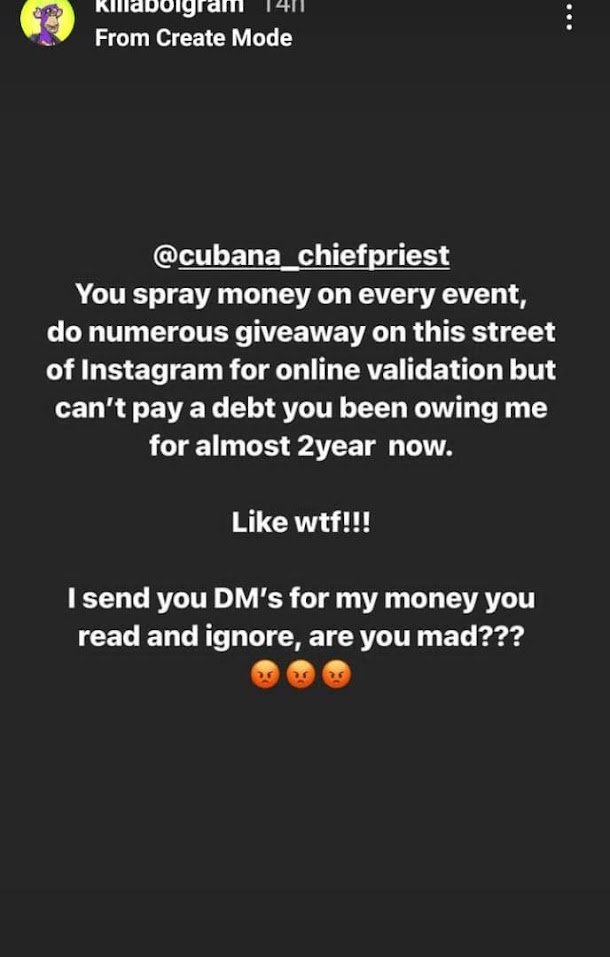 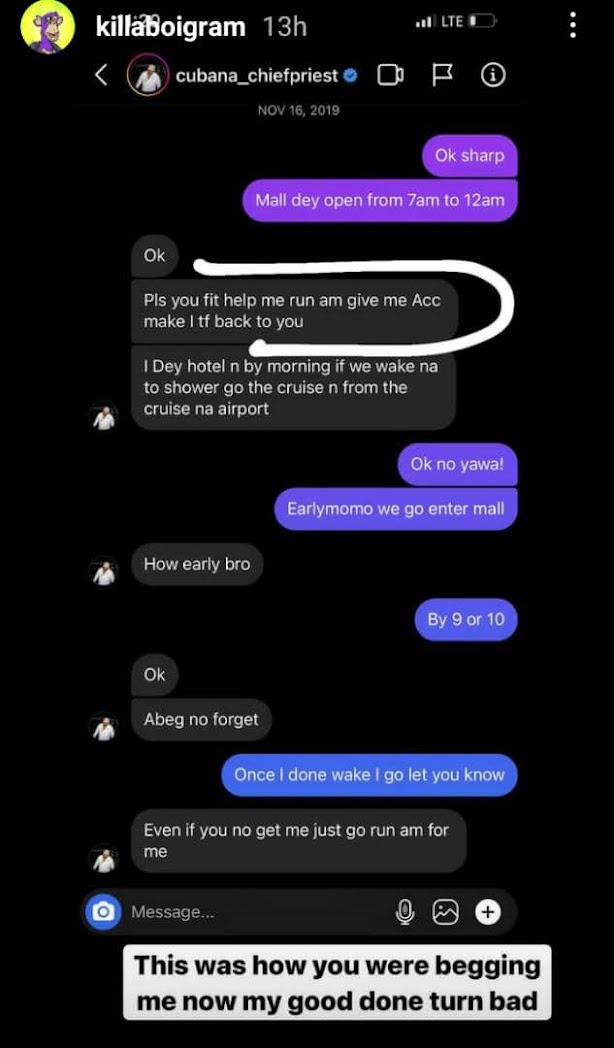 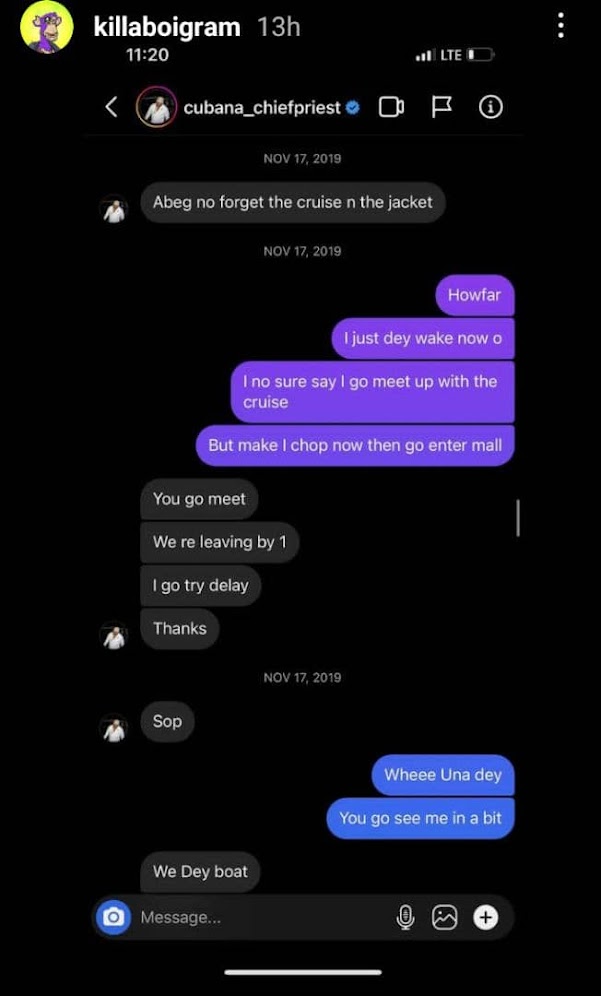 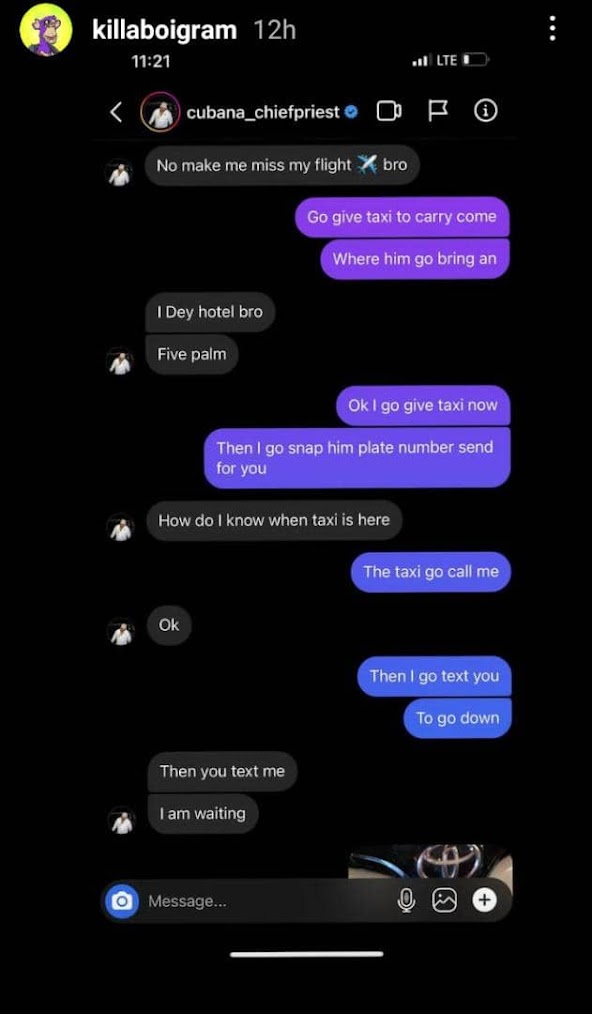 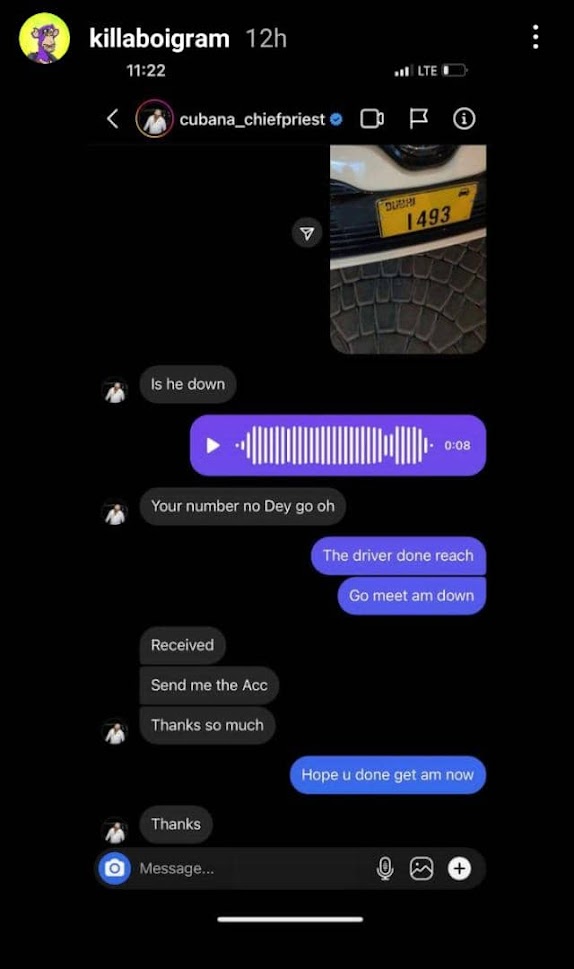 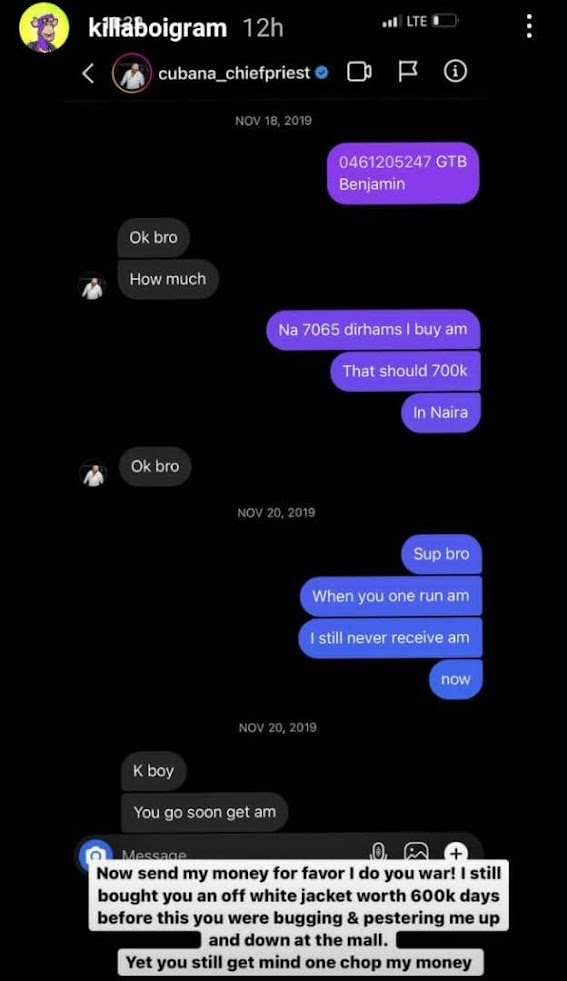 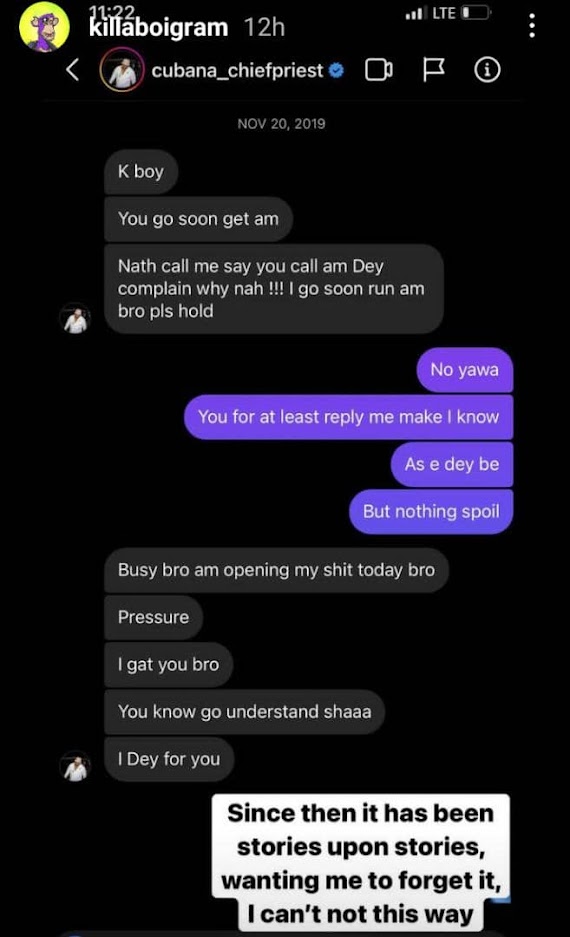 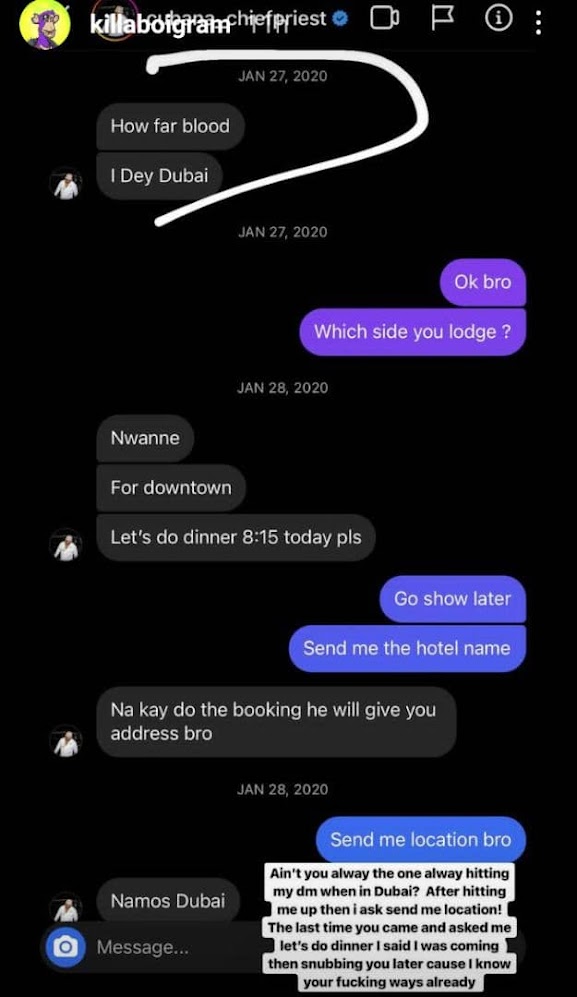 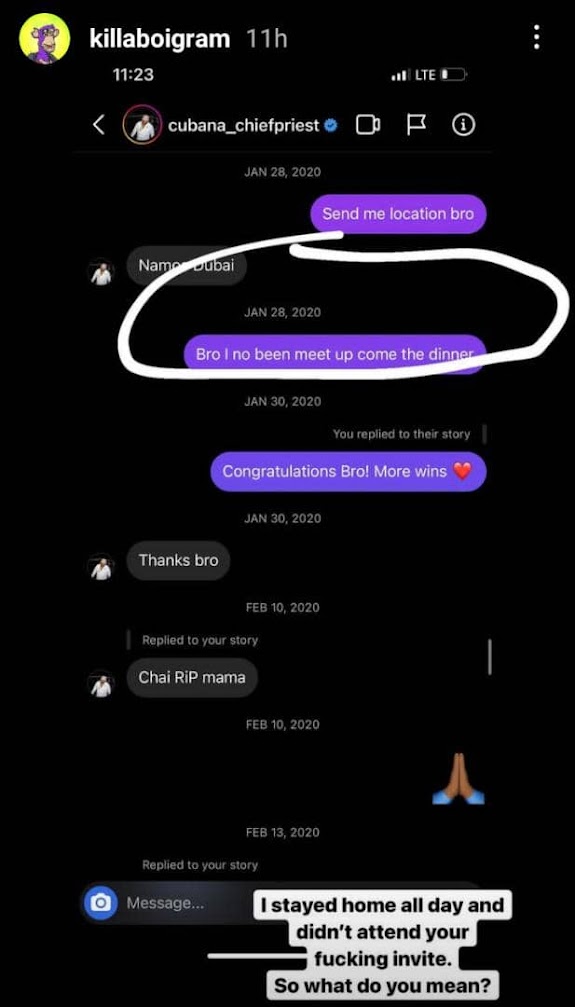