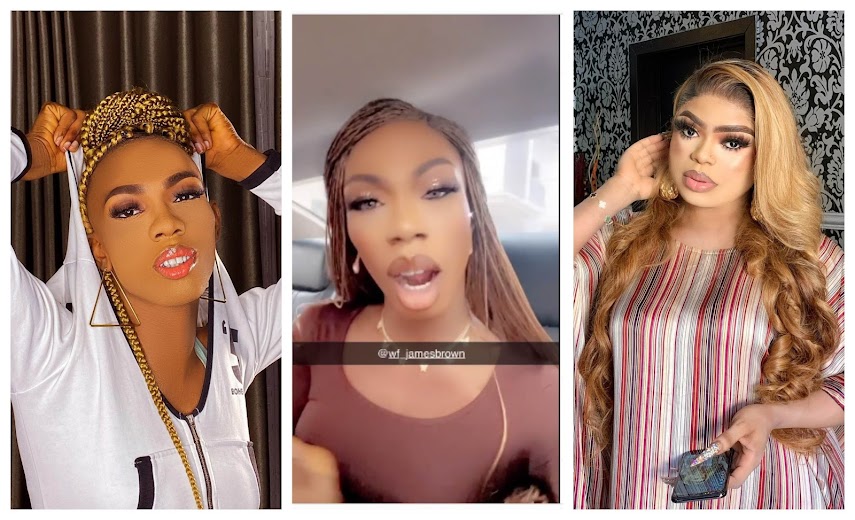 Nigerian Crossdresser, james Brown has taken to social media to slam his Senior Colleague, Bobrisky after he was sent out of Benin a day after he received an Invitation to Ehi Ogbebor who is an Interior designer.

Elizabethblog recalls that Bobrisy took to social media to boost about being in benin as he calls on the Oba of Benin to come and marry him.

Although, he has apologized and returned to Lagos over his statement on Oba of Benin.

Reacting to this, James brown mocked him as he urges bobrisky to come and learn respect, tradition and Culture from him.

Watch the video below….