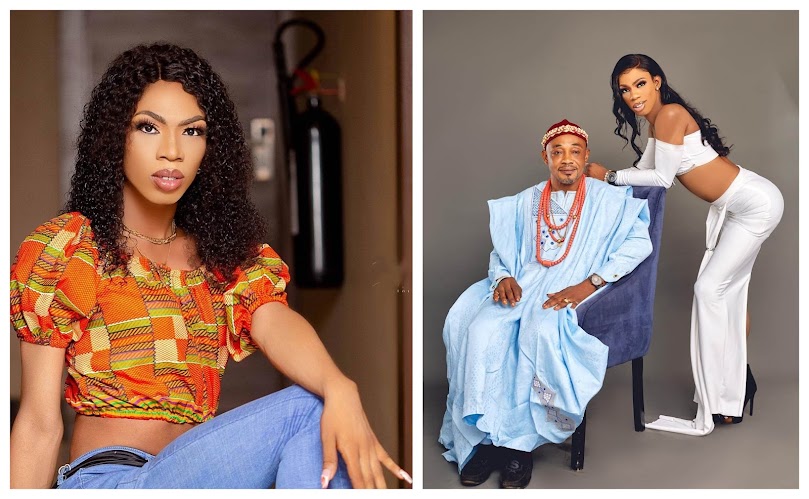 Popular Crossdresser, James Brown has finally spoken after Nigerians slammed him over his father’s birthday photoshoot.

Elizabethblog recalls hours ago, James brown took to social media to celebrate his father as he thanked him for showing him the love a Parent would always their “Daughter”.

Although some Nigerians who felt Irritated by this took to social media to drag his father as they tackled him for accepting his son as a crossdresser.

Davido Babymama, Sophia Momodu breaks down in tears as she reacts to the allegation of fighting davido's second babymama(Video)