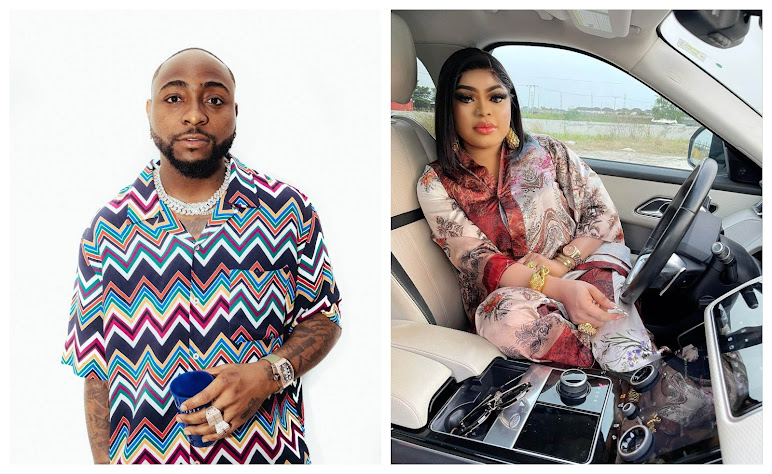 Nigerian Crossdresser, Bobrisky has taken to social media to shower praises on Davido.

According to him, he said that he has been to lots of Davido’s party and club but he never says “Hi” to him because he is shy to talk to him.

He further revealed that Davido is a kind person to people and the reason why he posted his photo is just to appreciate him him and nothing more. 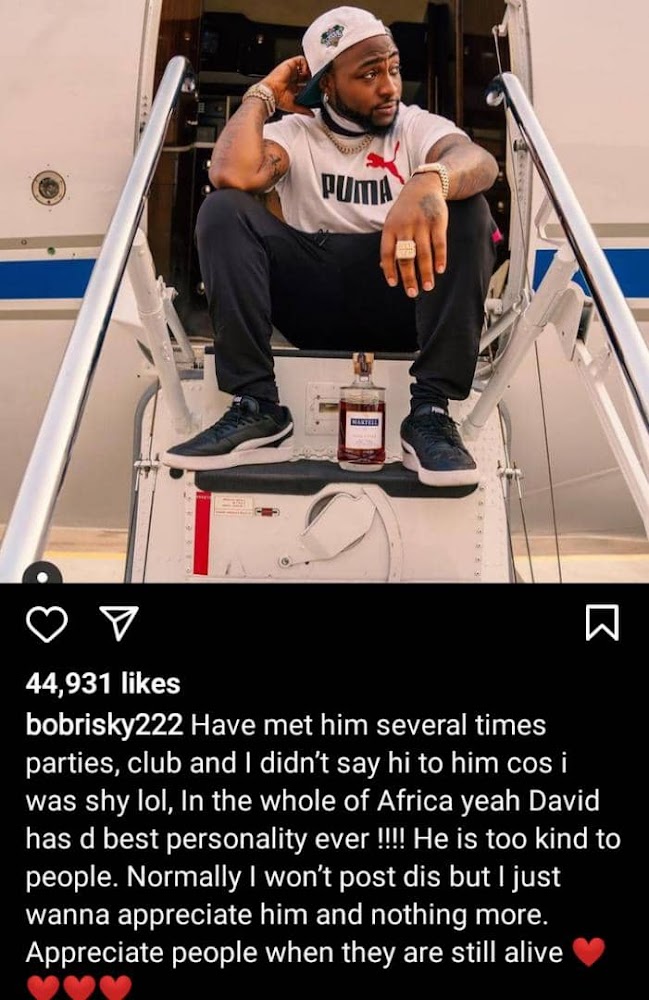