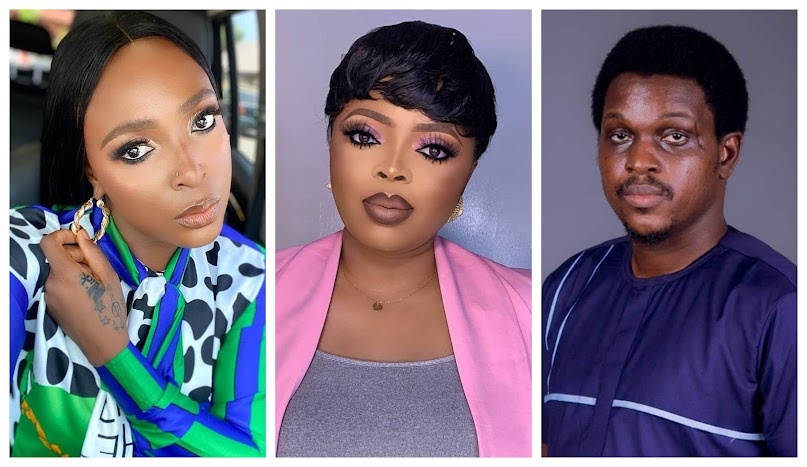 Elizabethblog earlier reported that  Juliana Accused Pastor Adigun for being her Facebook password and also sexually assaulting her sister.

Reacting to this, Blessing in a now deleted post, She slammed the actress over her Outburst on social media with her spiritual father, Adigun.

She further disclosed that the actress outburst isn’t out of anger because she sounded like someone that has been betrayed.

She also alleged that that Juliana sounded like a Romantic person who had feelings for the pastor before she was betrayed by him.

“They abused your sister and you are talking with romantic voice. Mtweeeeee. You no swear for am with Bible.

This story going viral I can’t ignore. I remember this beautiful lady saying she was a virgin, now you are calling ur so called daddy in the lord his full names. Did you people notice the sound of her voice, it was not anger but betrayal from an emotional angle of someone you feel something. All this religious people they keep proving me right that they are just a joke… you know ur pastors sexual struggle. Jokers You can imagine what she is saying, you told me you won’t touch her, I asked you not to touch her, you had struggles, blah blah blah

I rather be controversial than be a religious hypocrite. Let’s get justice for your sister, as for you, go settle with ur daddy in the lord. I am really upset and irritated”.
Share this Story
Share this story

Lovely photos of Pete Edochie and his first son

I was Afraid, Depressed and Confused- Iyabo Ojo speaks on her Journey as a Single mother