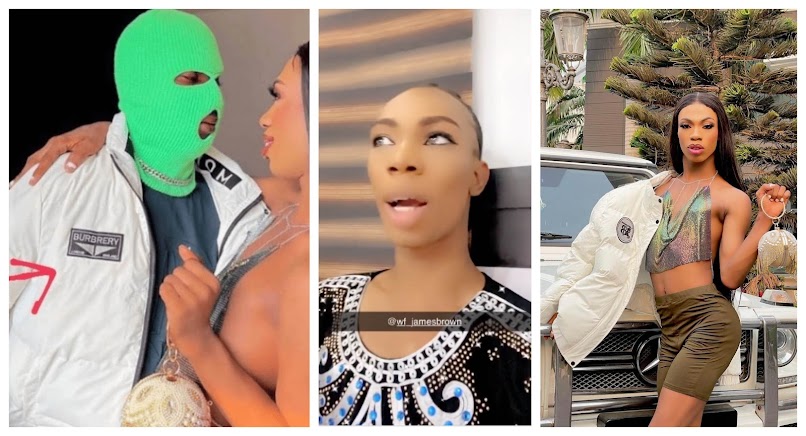 Crossdresser James brown has taken to social media to slam his stylist over his billionaire boyfriend Jacket.

This all happened days after James Brown flaunted his billionaire boyfriend, Papito on social media as some Neitzens who spotted two designer brands on his boyfriend Jacket (Moncler and Burberry) dragged the crossdresser to the mud over the wrong spelling on his Boyfriend Jacket “Burbrery” instead of the word “Burberry”.

Reacting to this, James brown took to social media to announce that his Stylist is named Funke is Sacked over the weird Outfit.

He further revealed that he does everything to make himself happy and not to impress anyone.