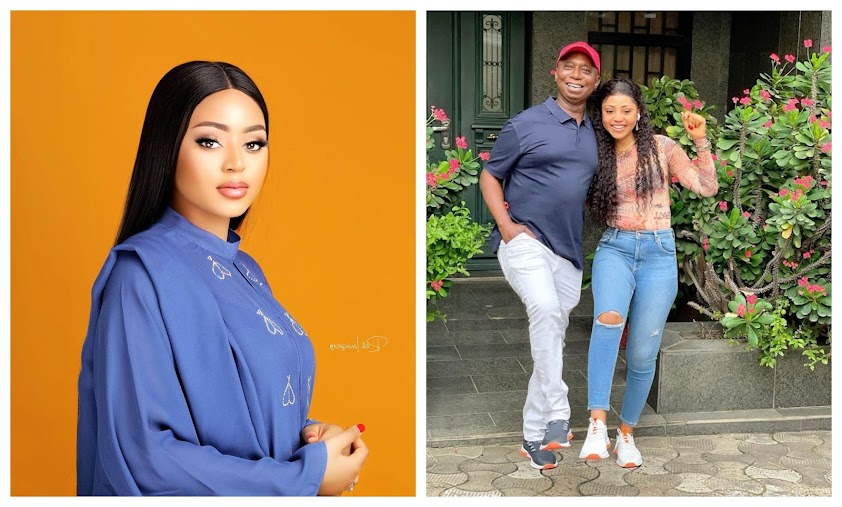 Nollywood actress, Regina Daniels has taken to social media to share the chats she had with her billionaire husband, Ned Nwoko.

It is seen that Regina went to the Studio to take photos as usual due to her Fashion store which she opened months ago.

According to Regina, she said she had to send her hubby the photo before she posts it on social media so that she can know the best caption to give it.

Reacting to this, while she shared the photo to her husband, He give it a thumbs up as he wrote; “Asa Ned”

Sharing her photos on the gram, she also captioned it as “Asa Ned”. 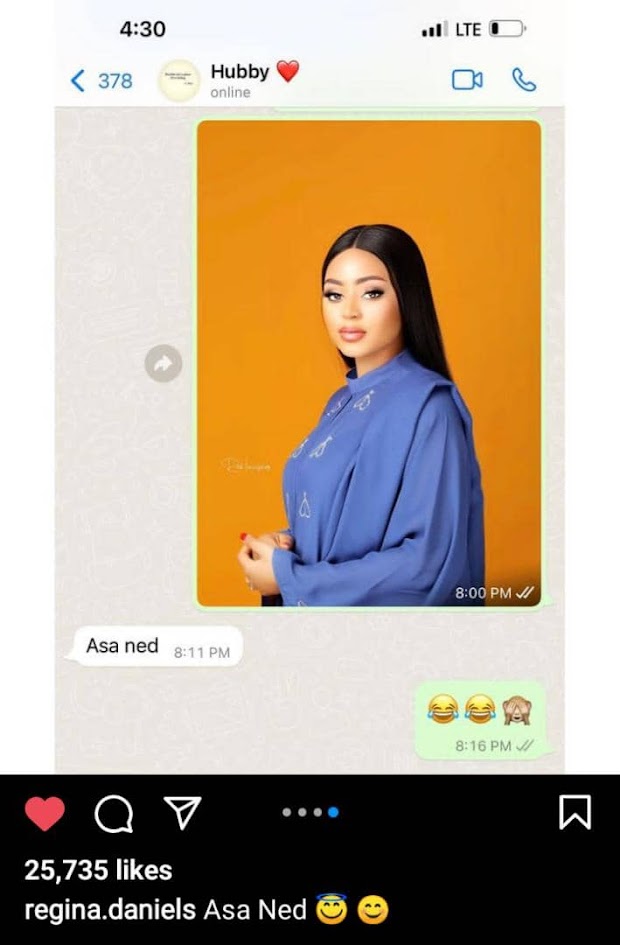