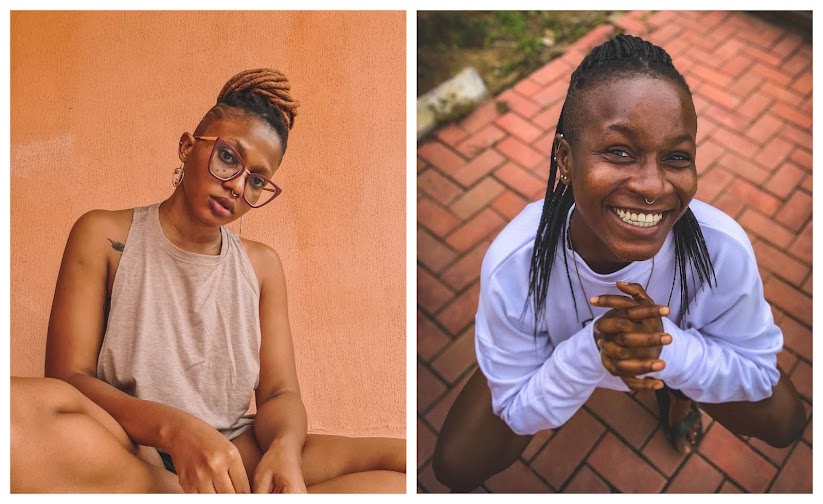 In the series of posts she shared on her Insta-stories, Uyai revealed that Amara screamed and assaulted her and also the other lady “Yinka” for saving her energy during threesomes.

Uyai shared multiples screenshots of the emails and chats she had with Amara as she continued to accuse Amara of being a flirt and not caring about the damages she has done to a lady’s feeling.

Read her posts below………. 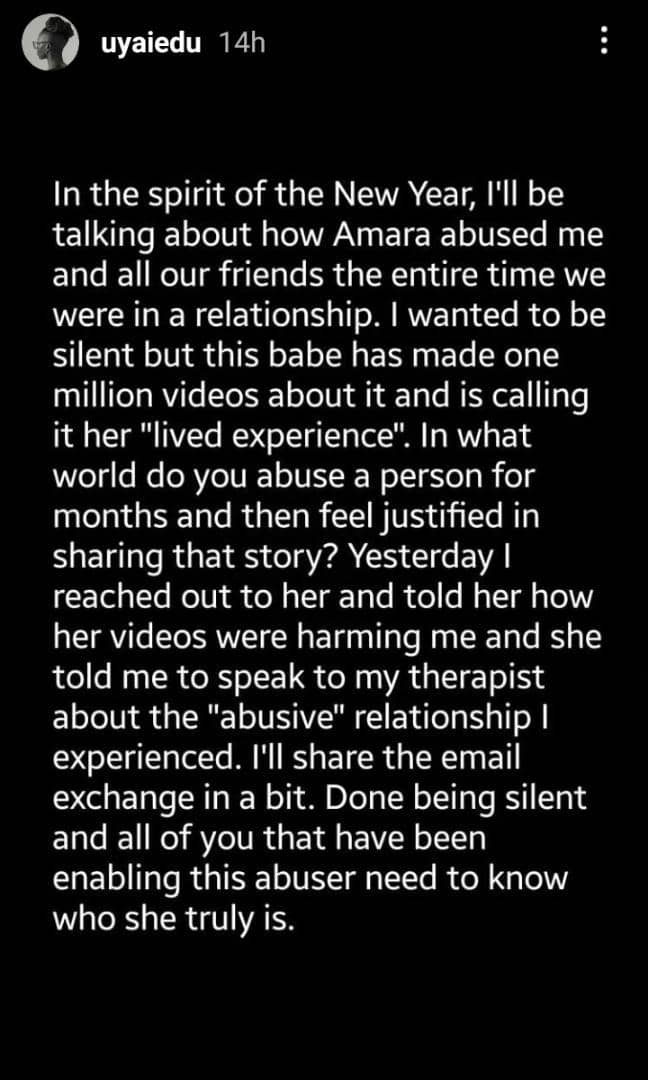 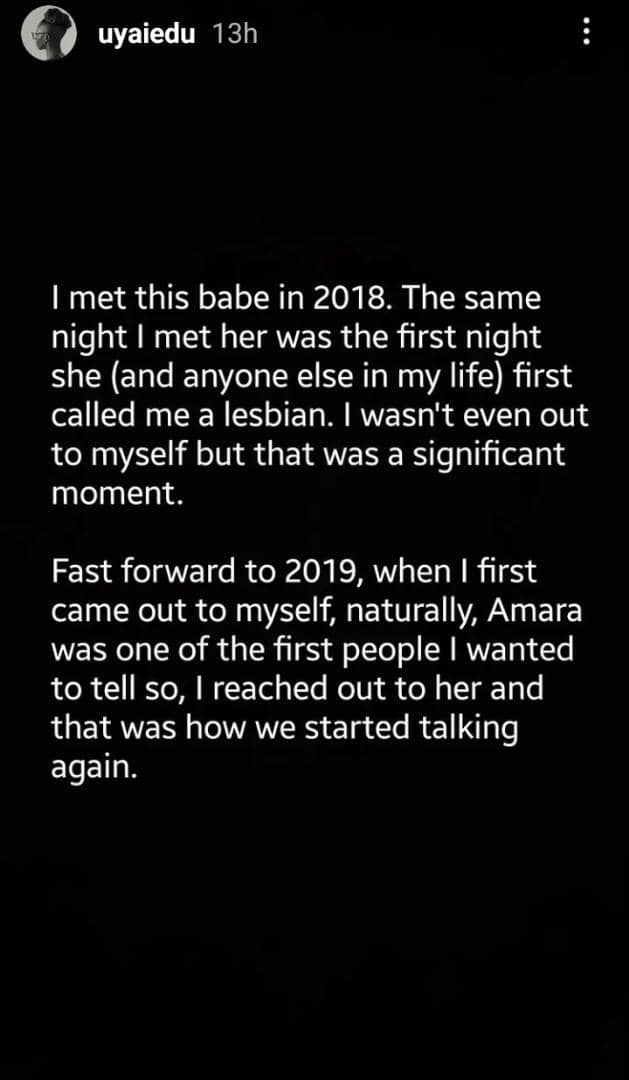 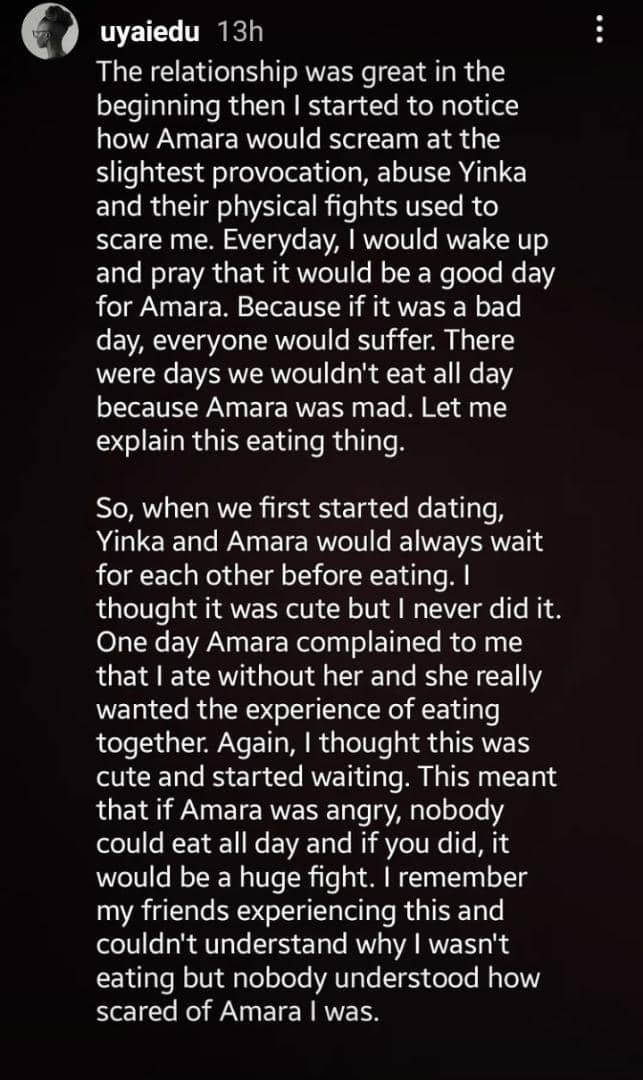 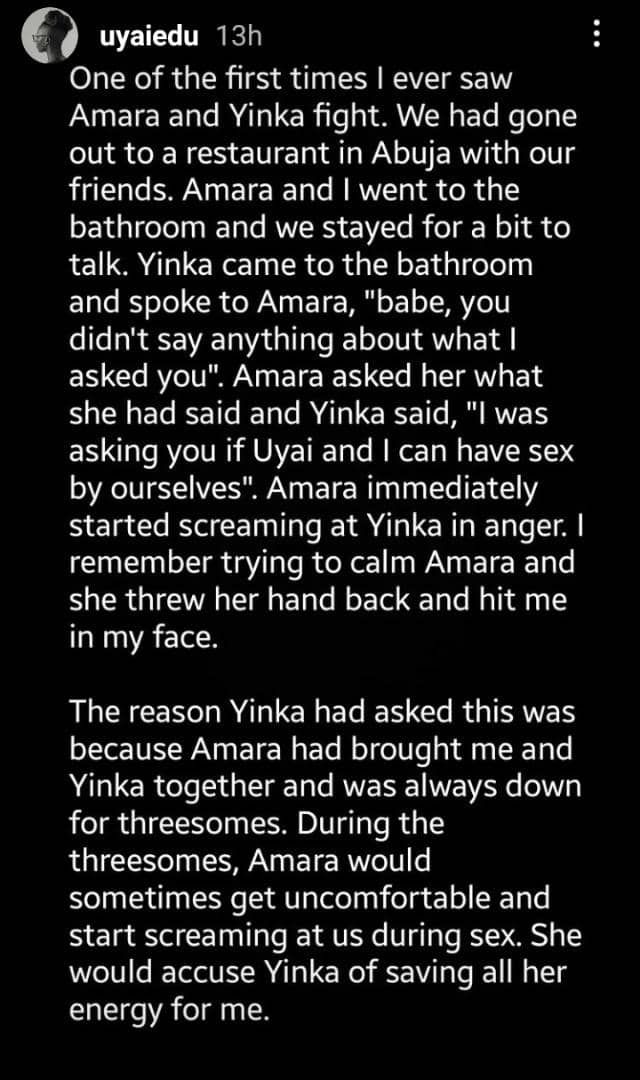 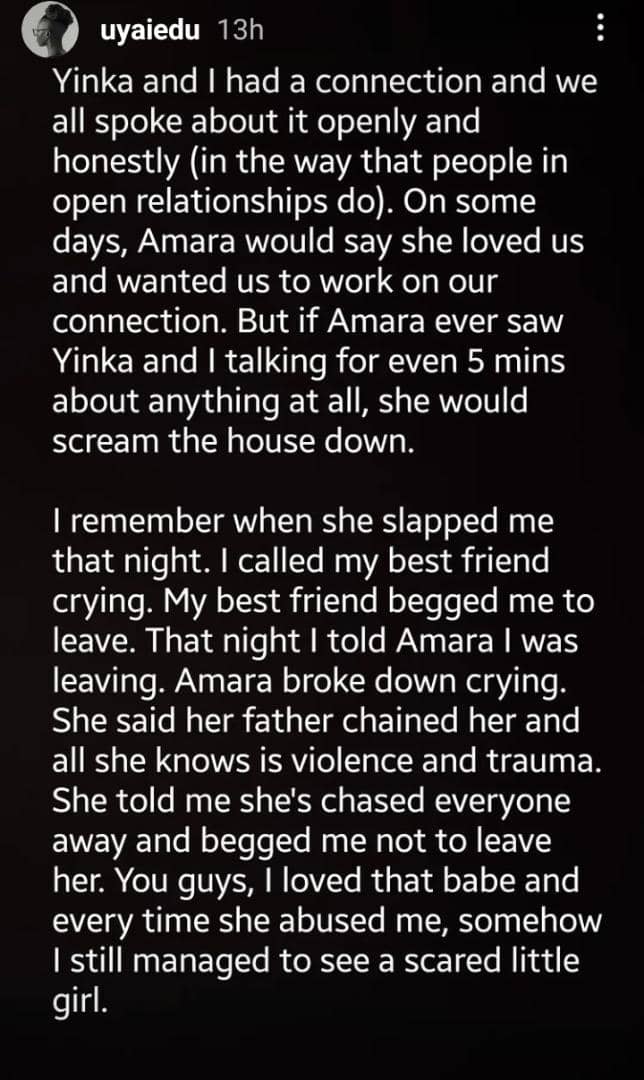 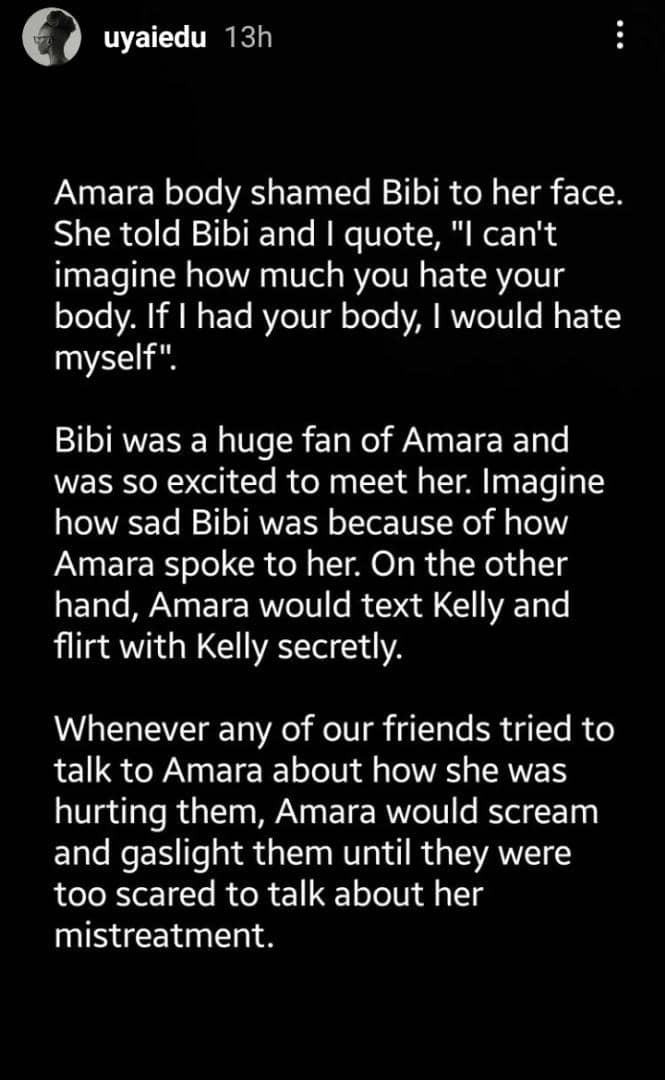 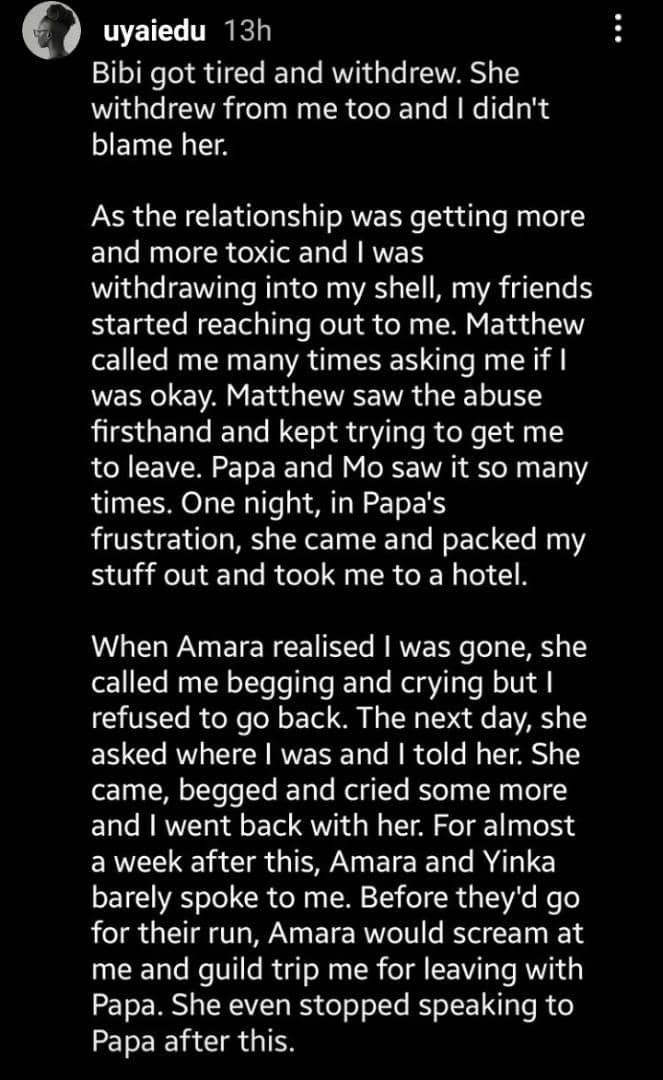 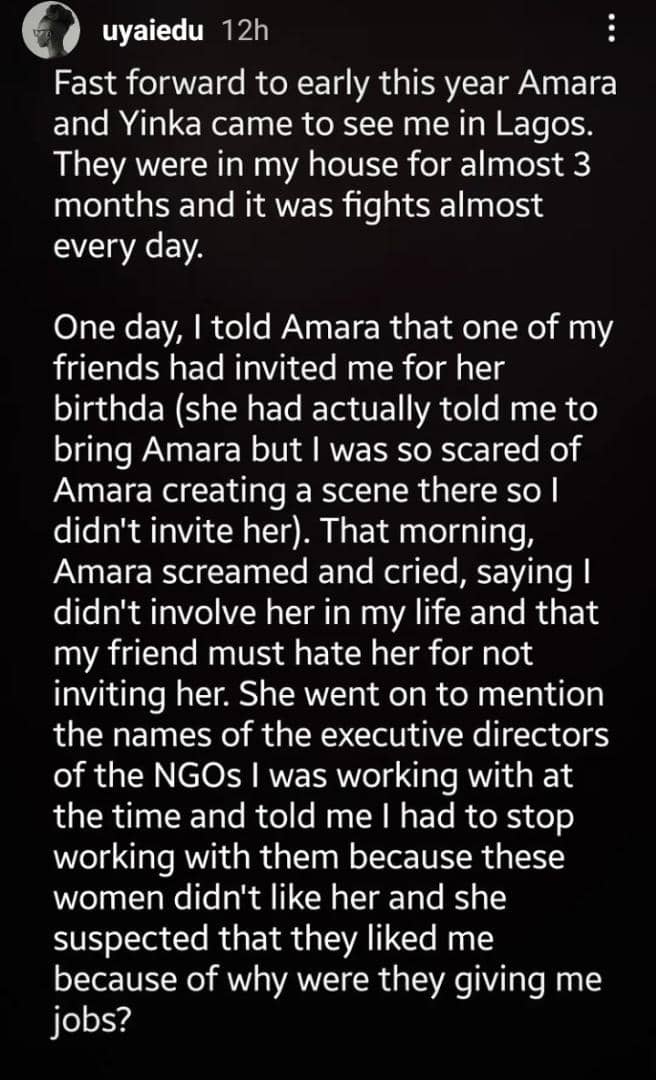 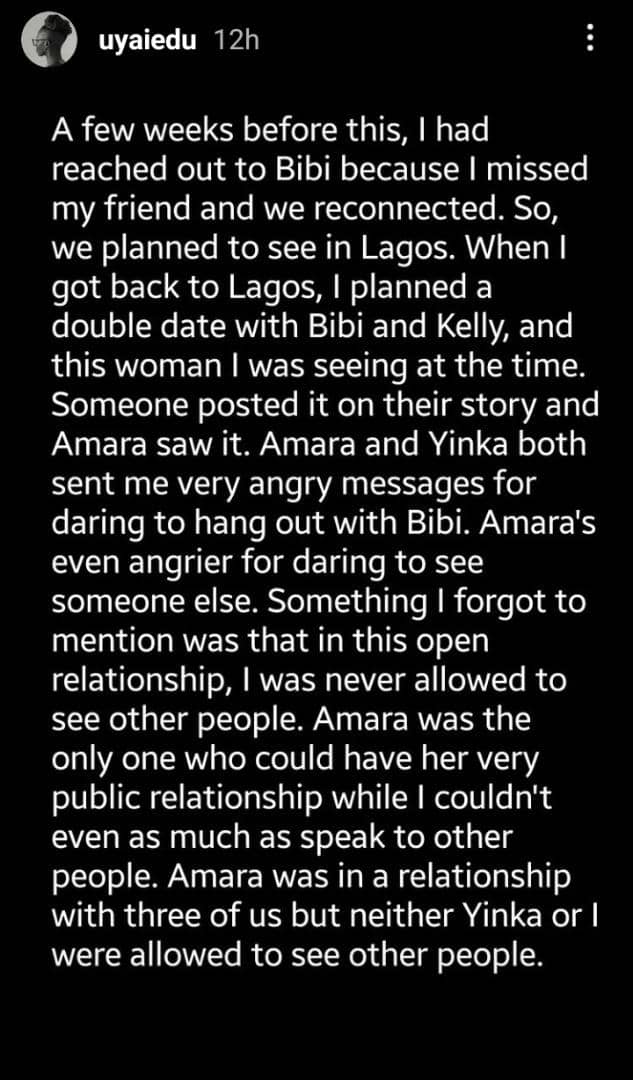 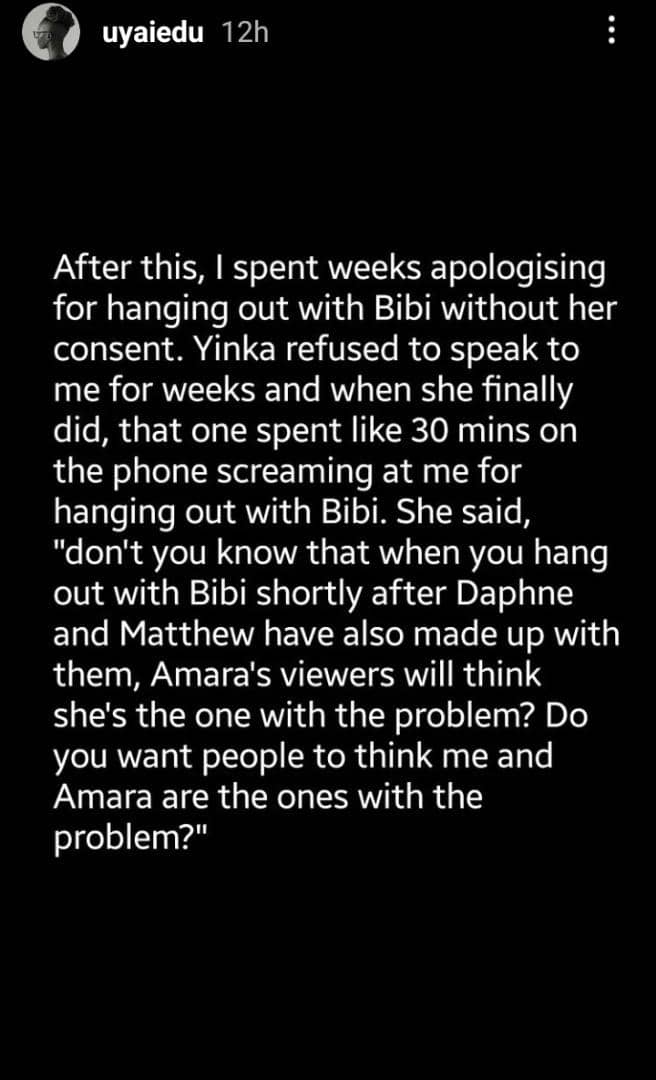 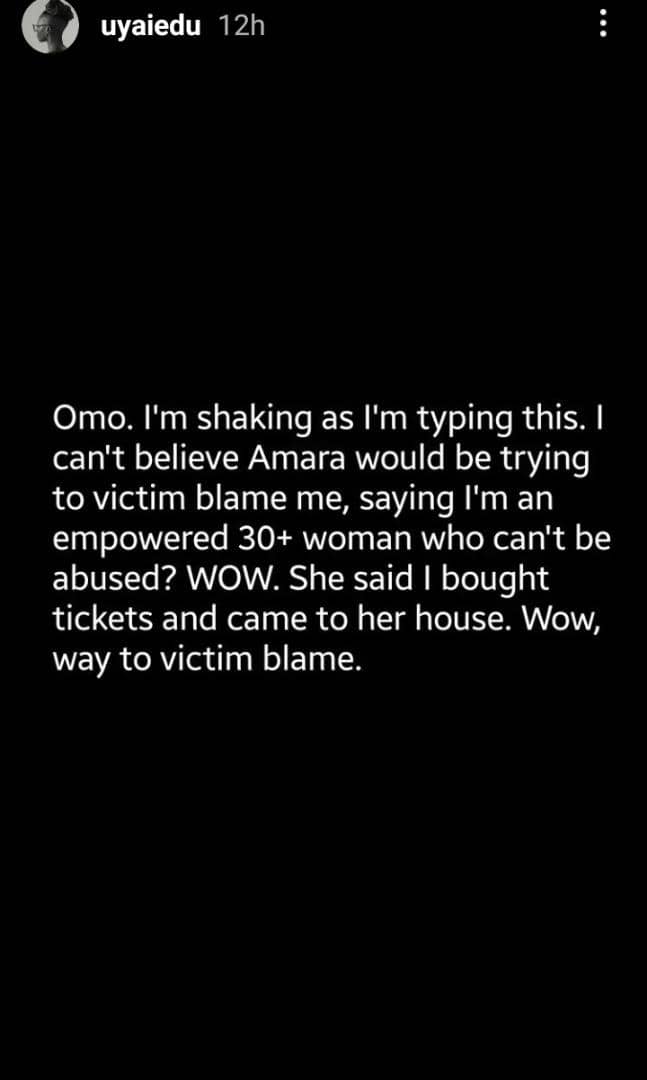 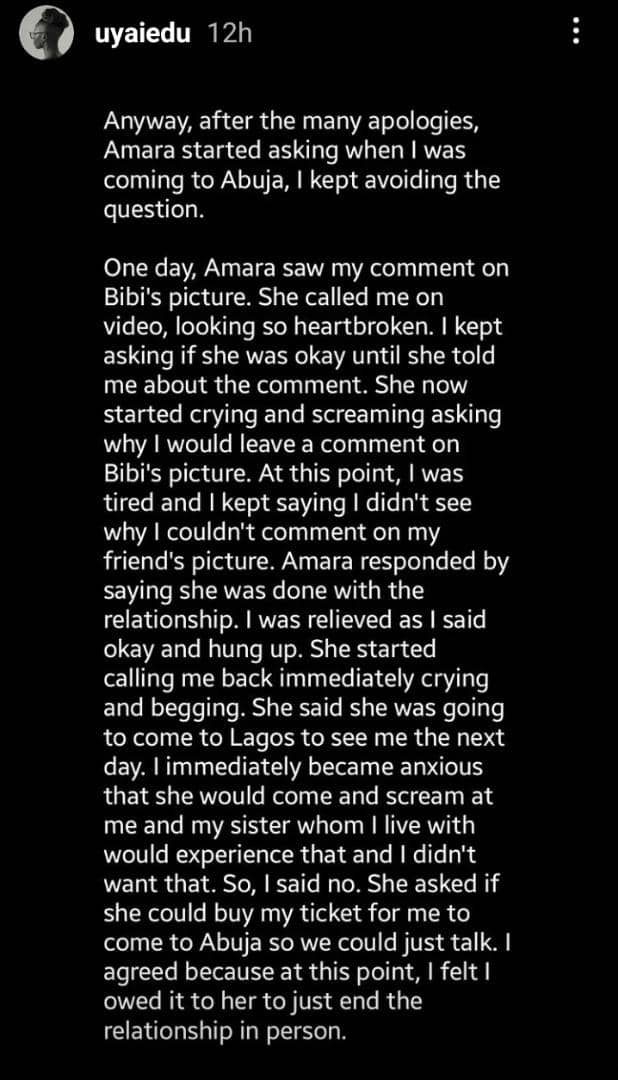 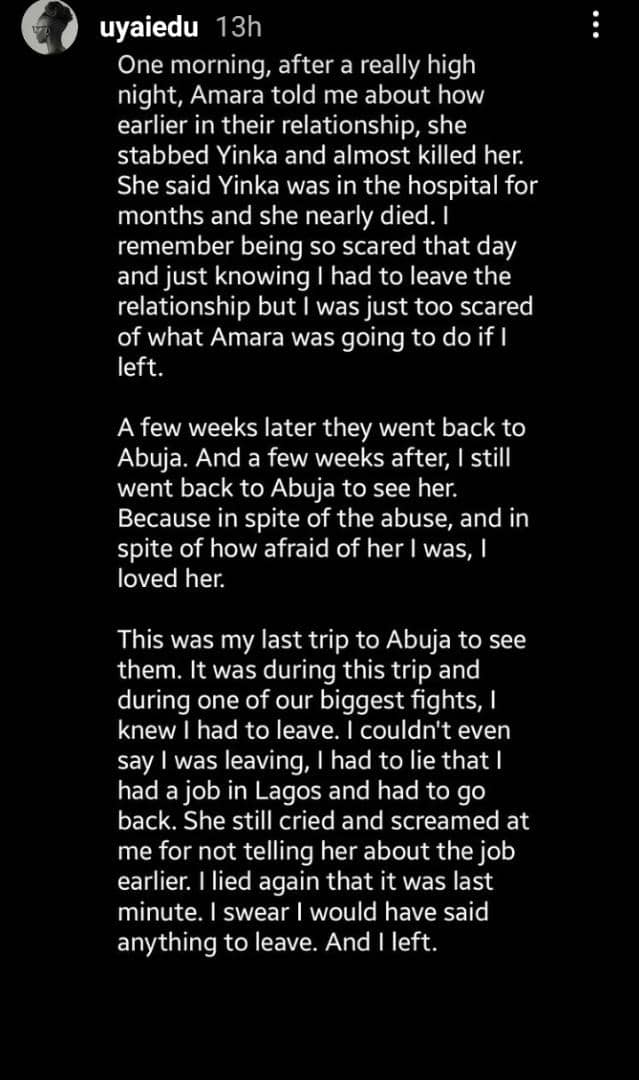 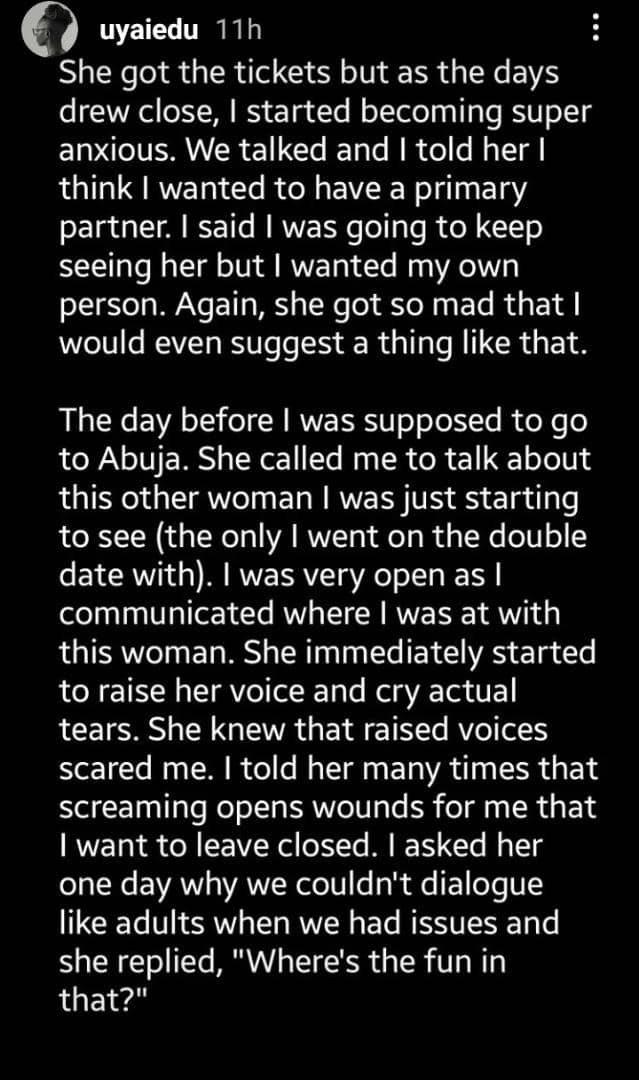 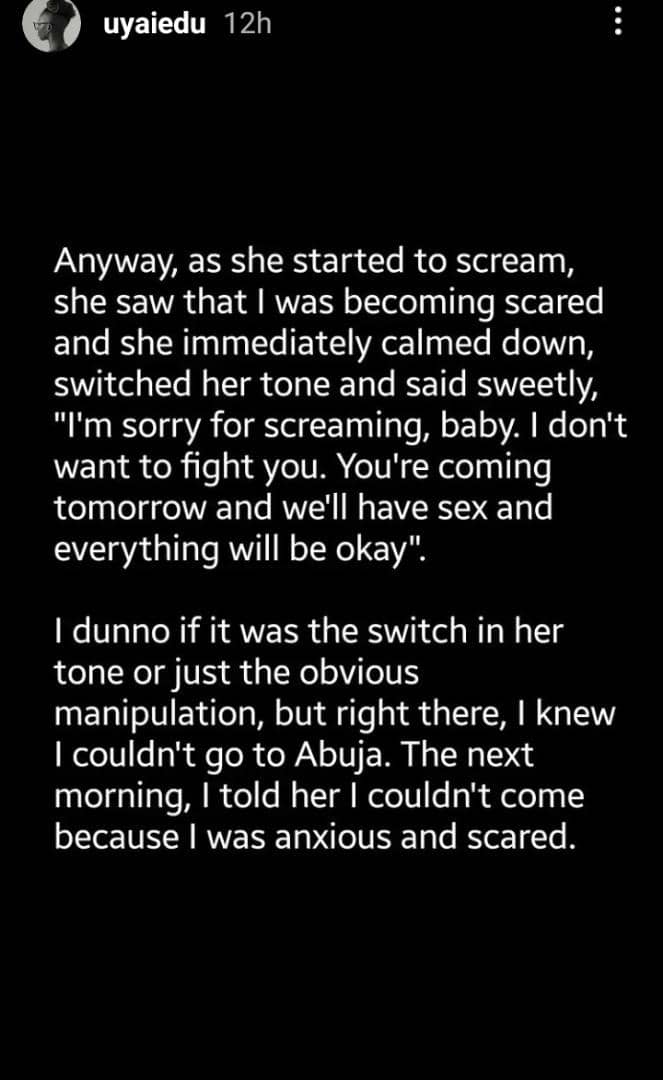 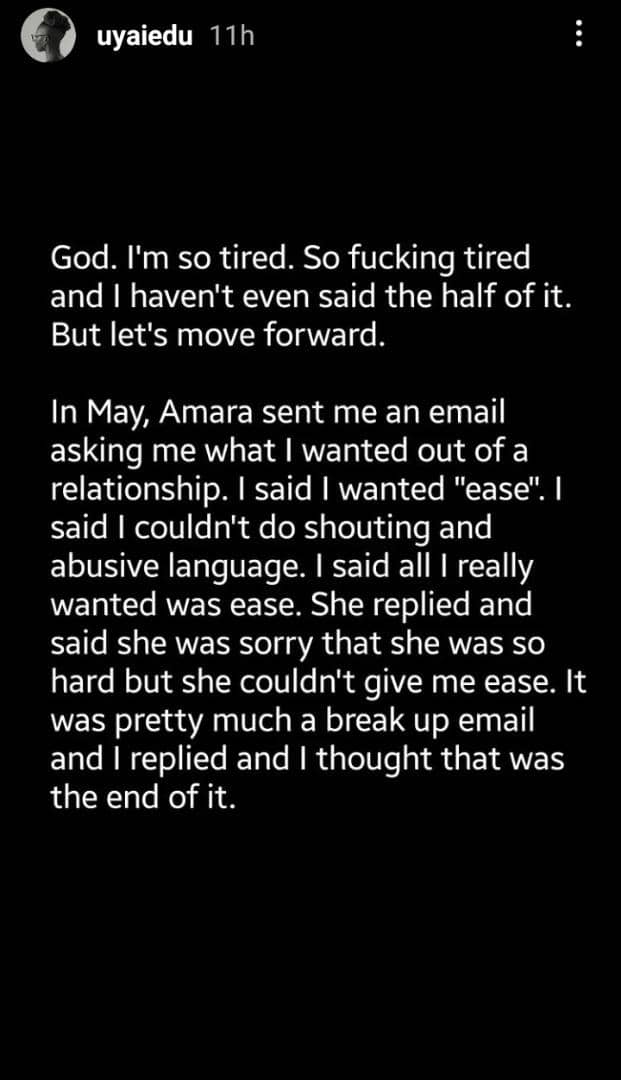 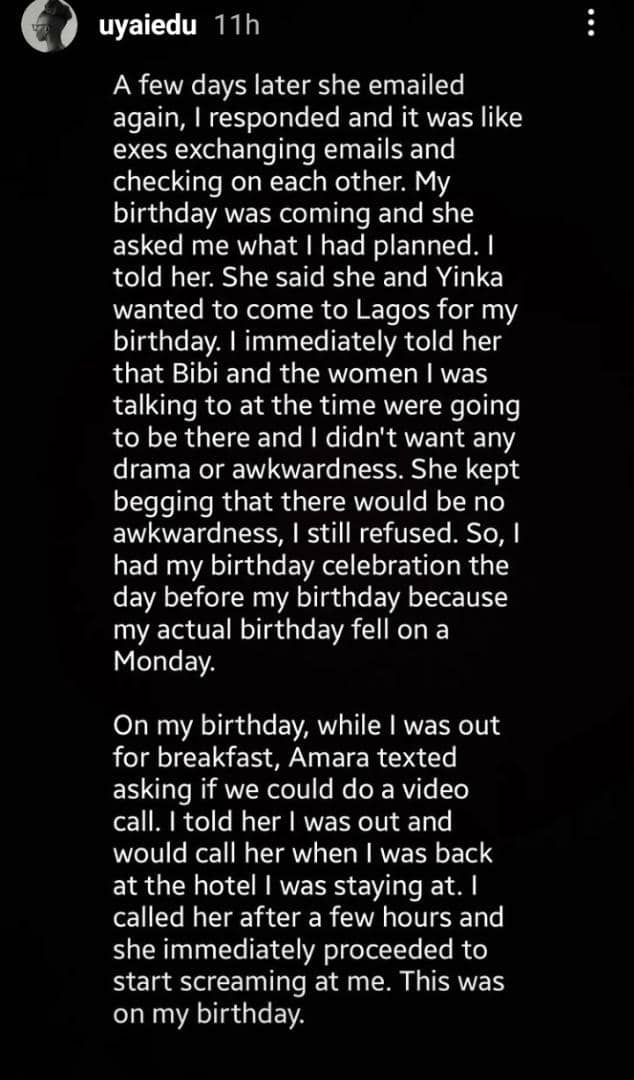 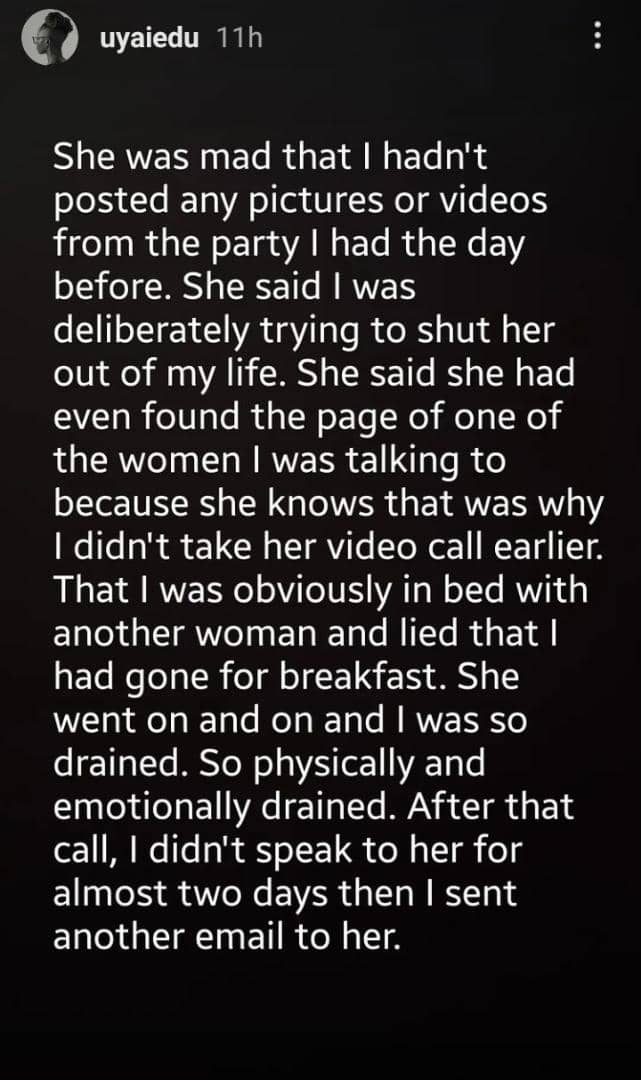 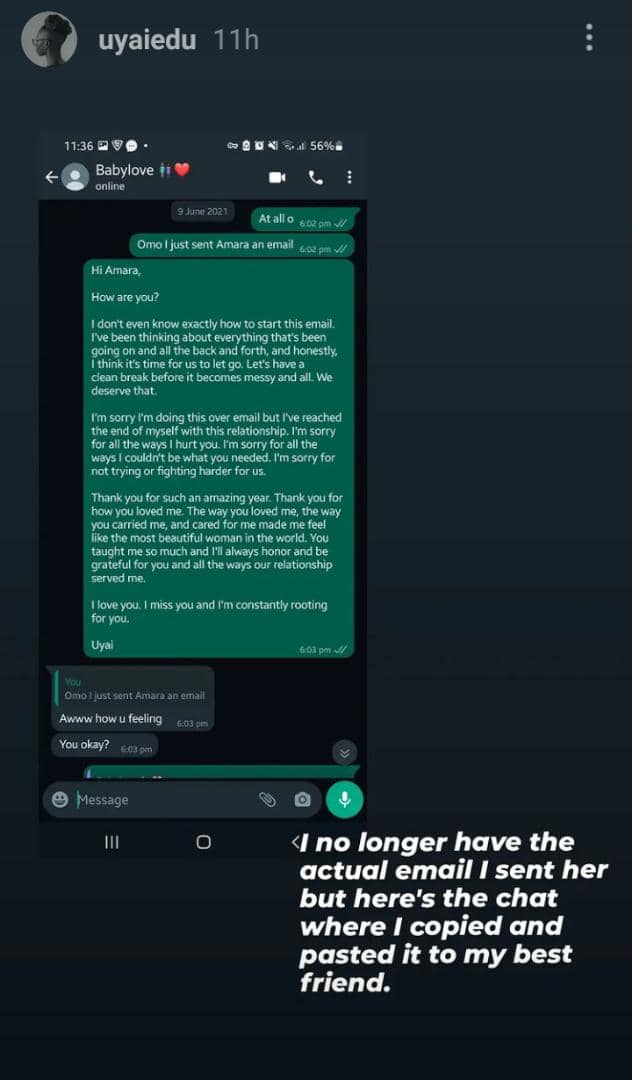 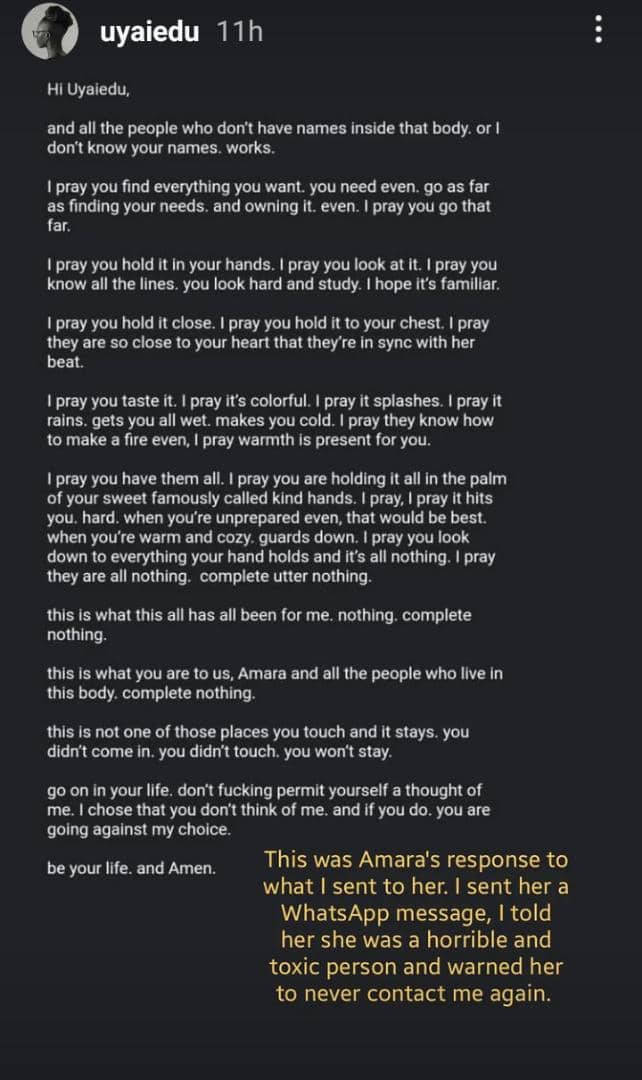 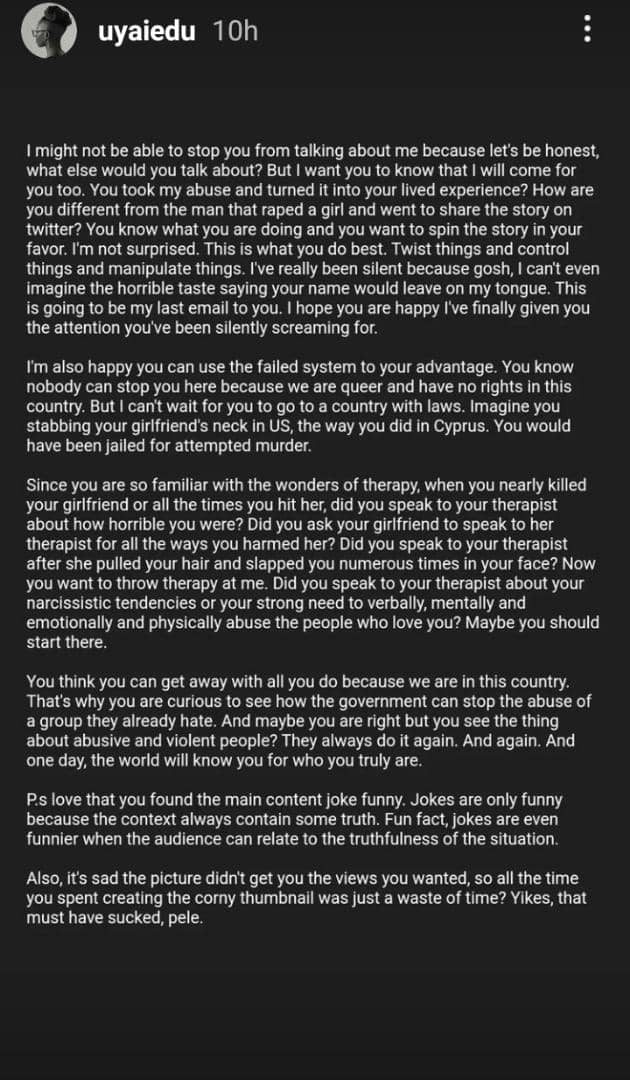