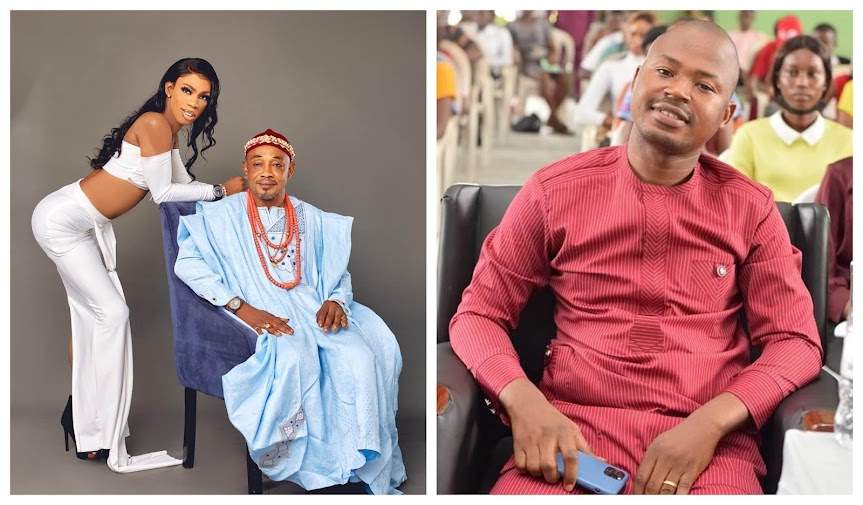 Governor Ifeanyi Okowa Aide, Ossa Ovie Success has reacted to the Photo of James Brown and his father.

Ossa took to his Facebook page and shared a photo of James brown and his father as he condemned the act of his father allowing his son to dress like a woman.

According to him, He said that it is “Abnormal” and the moment he saw the phot, he was pissed off.

He also disclosed that Irresponsible humans are the ones causing calamities in the society as a result of home bringing.

He also said that It is only a man who has lost his value and responsibility that will allow his son to not just be a crossdresser but also take photo with him. 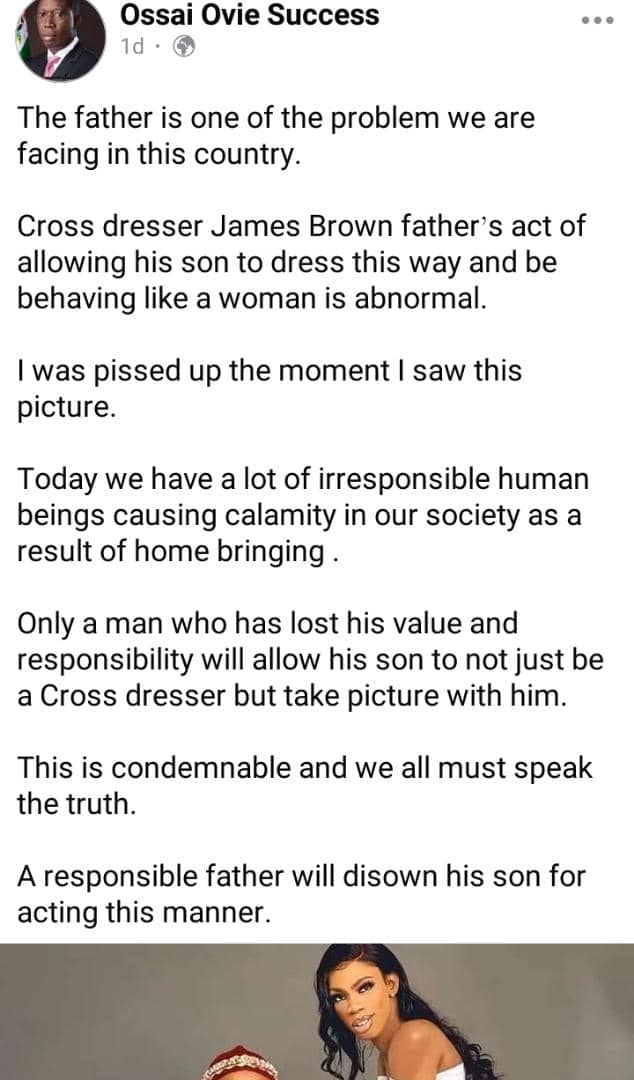