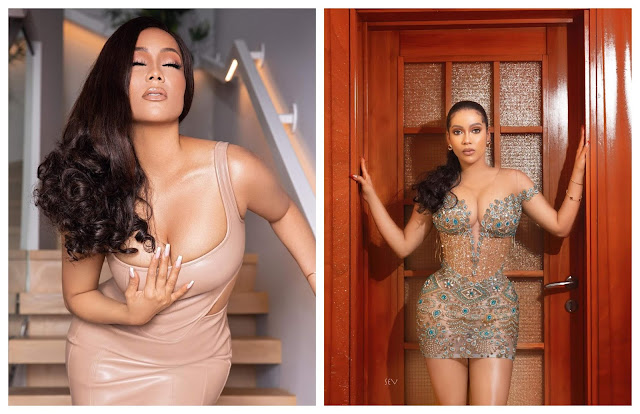 BBNaija star, Maria Chike Benjamin has announced to her fans that she has contracted COVID19.

According to Maria, she said that when she was in Dubai, She was tested Negative but when she landed to Ghana she is tested Positive.

She also alleged she had another COVID19 test in Ghana which came out Negative but later she was tested positive for the virus as she urged her fans not to take the virus for granted. 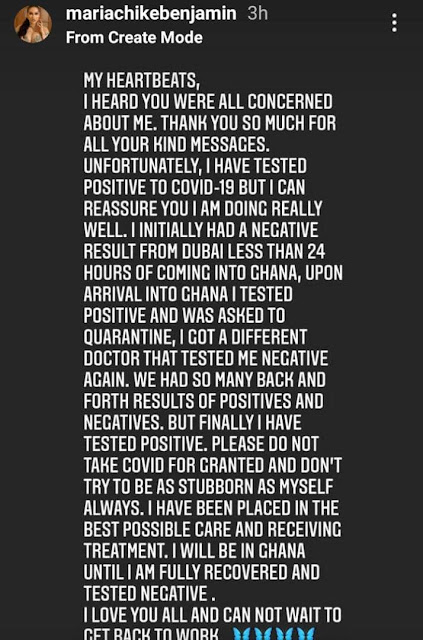