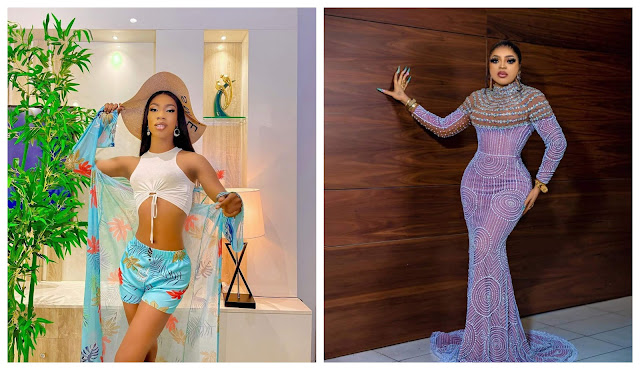 Popular Crossdresser, James Brown has slammed his fellow Colleague, Bobrisky after he revealed that he spent N75M on his hair and also makeup.

This all happened after Bobrisky took to his Snapchat page to share a video of himself revealing all the expenses of his Hair and makeup.

Reacting to this, James Brown then called Bobrisky a “Liar” as he discloses he also do makeup and the amount is not up to Bobrisky’s own.