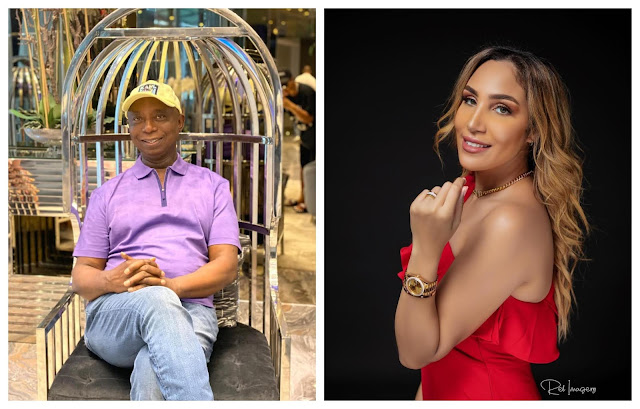 Ned Nwoko husband of Actress Regina Daniels has finally reacted Weeks after Regina was called out for using Jaruma Kayanmata to chase Laila.

In an Official statement he released on his Instagram page, Ned Nwoko revealed that Jaruma got married to a young man and her marriage crashed as she claimed her Kayanmata product is authentic.

Explaining about his marriage that crashed with Lalia, he said that Lalia underwent a Plastic Surgery as she spent the money that was given for her kids summer holiday in London on herself and also had a physical meeting with a Strange man who she met on social media in a hotel in the european country.

Speaking further, Ned said that Laila insisted that she was “Set up” by someone. He also alleged that Laila maltreated their kids, exposed them and made them behave in an indecent manner which no responsible man will “Tolerate” as a husband.

He also said that Laila continously became aggressive as he debunked the claims that Regina Daniels used Kayanmata on him.

From my media team.

The truth about Ned Nwoko’s separation with Moroccan wife,Laila.

The attention of Prince Ned Nwoko’s Media directorate has been drawn to a publication trending especially in the social media linking his separation with his Moroccan born wife,Laila Nwoko,to the influence of a local aphrodisiac called “Kayamata”,vended by one Hauwa Saidu Mohammed,commonly known as Jaruma.

Our initial reaction was to have completely ignored the silly insinuation. But given the pervasive nature of fake news and the tendency of mischief makers to peddle misinformation on the social media,we resolved albeit reluctantly,to clarify issues for two reasons:

Falsehood gone viral, need to be dismantled in order not to create wrong impression before unsuspecting members of the public.More importantly, Prince Ned Nwoko with his global reputation as a foremost philanthropist,distinguished patriot and conscientious billionaire business mogul can never allow shallow tale mongers to impugn his impeccable character and pedigree. 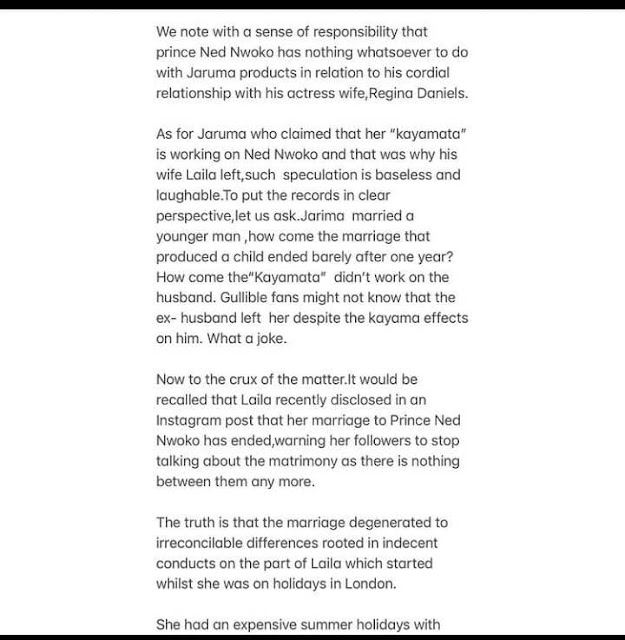 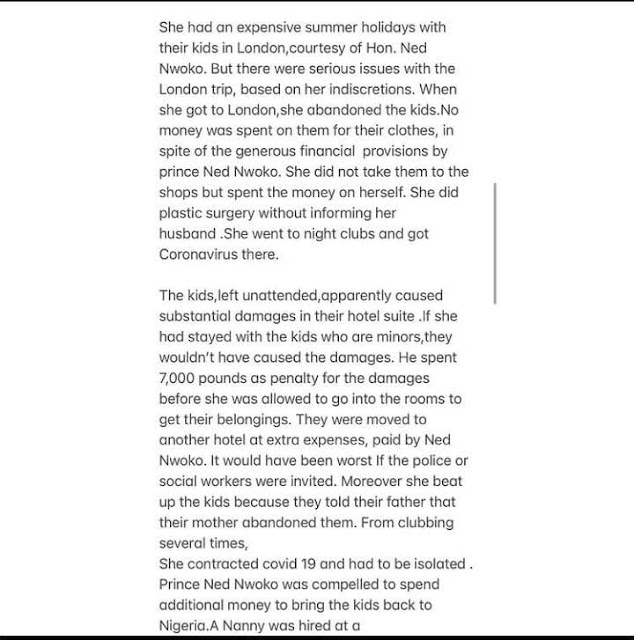 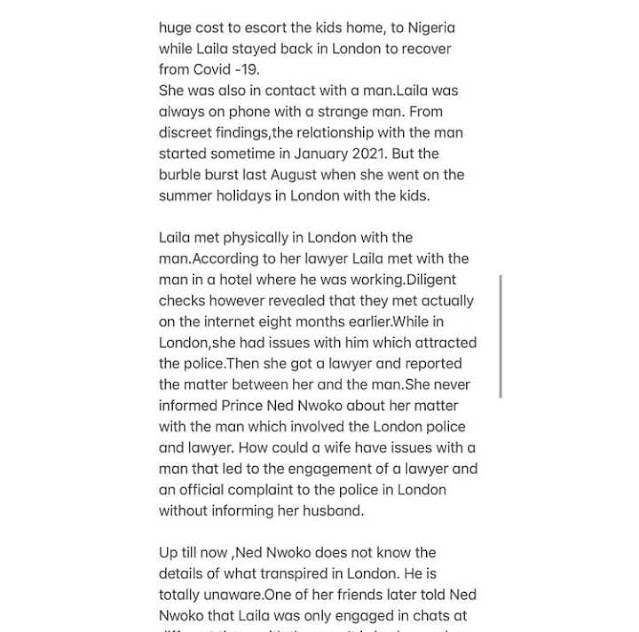 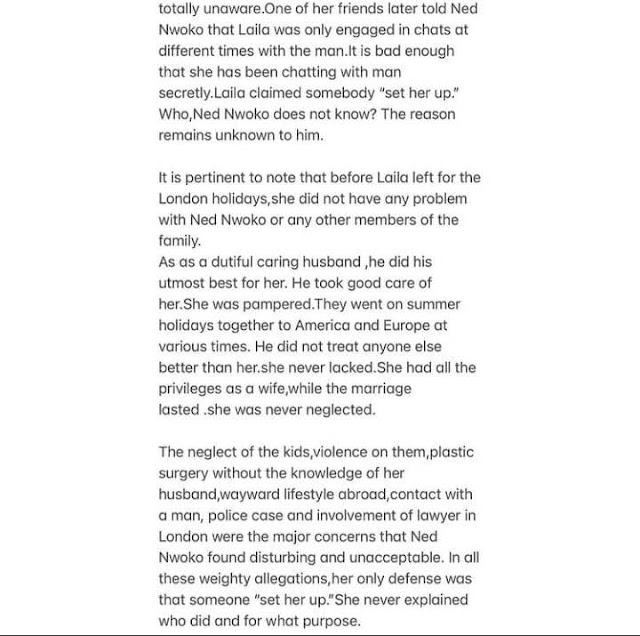 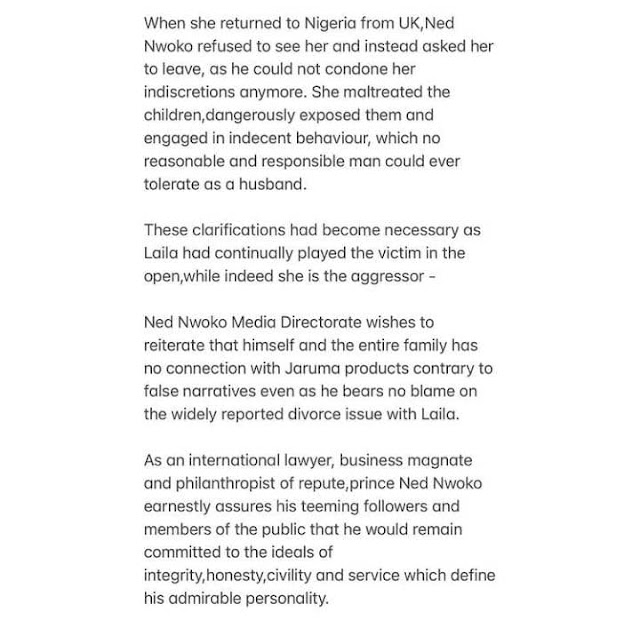 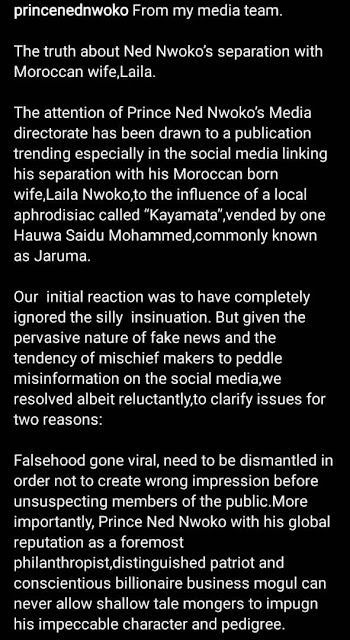