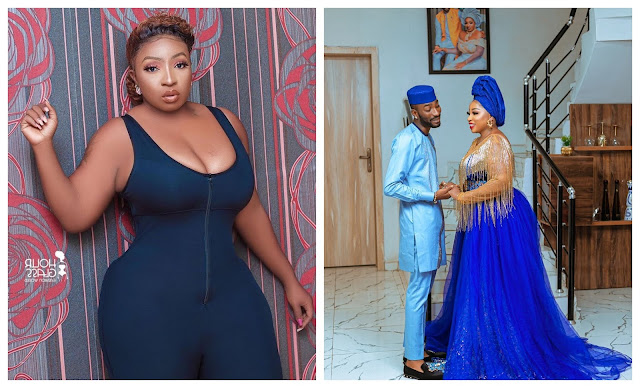 In the video the actress shared online, she claimed that her father, brother and husband are not dogs.

Elizabethblog also recalls that Anita went viral days ago after her husband was seen massaging her legs at Iyabo Ojo’s mother burial anniversary.

Reacting to this, some Nigerian felt annoyed but the character as they slammed her for allowing her husband do such in a public.