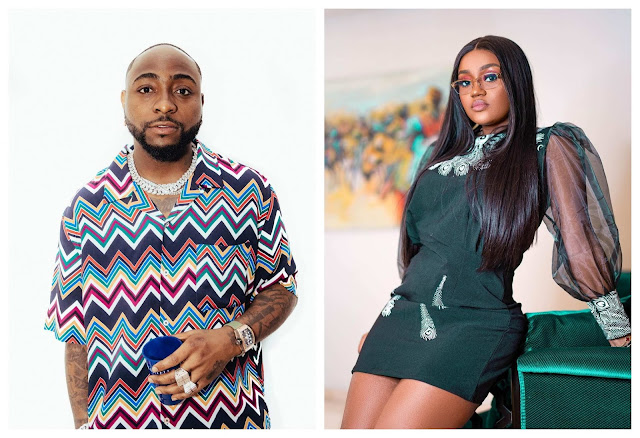 A Fan lectures Singer Davido on the need to settle and marry his babymama, Chioma Avril Rowland.

Elizabethblog recalls that the duos were spotted celebrating their son’s, Ifeanyi 2nd Birthday on October 24,2021.

Talking about Christmas, Davido took to his Twitter page to pen down a hilarious note as he rejoices christmas is here.

Reacting to the note, A fan wrote;

“Davido before the year ends, it will be in the best interest of ur fam if u can try fixing up ur relationship with Chioma marry her as u earlier intended. Give it another shot cos nothing beats raising a child in a unified home. Compliments of the season in advance by the way”.

Read their Conversation below; 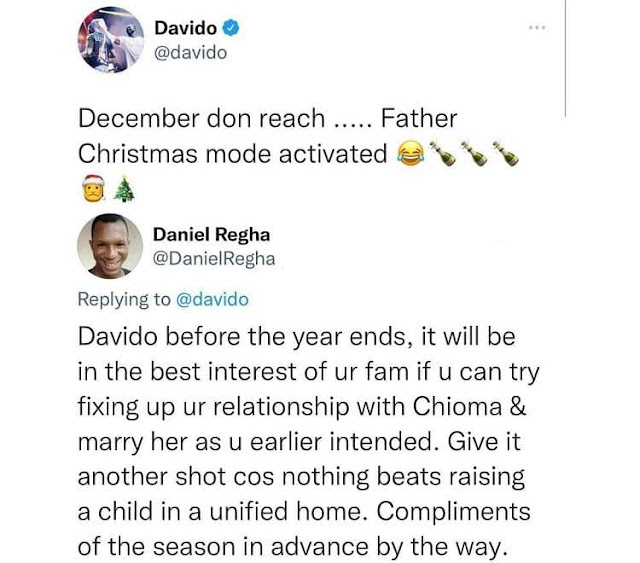