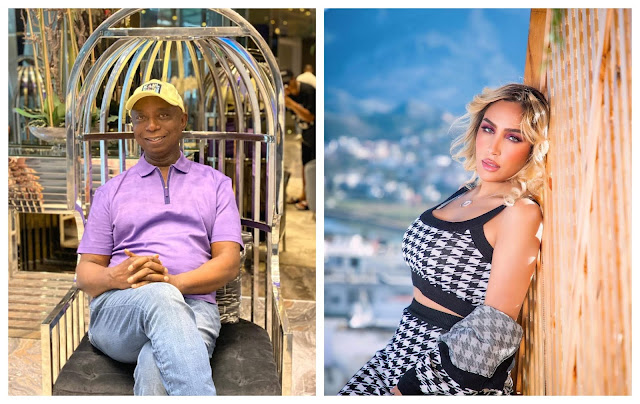 Laila, the ex-wife of Ned Nwoko has shared a whatsapp screenshot of his chat with her.

Elizabethblog reported earlier that Ned Nwoko released an Official statement on his Instagram page alleging that Laila underwent a Plastic Surgery and spent the money he gave her to take her kids to a summer trip in London on her herself.

Not only that, Ned Nwoko also claimed that Laila was cheating on him as she went to meet a “Strange man” she met on social media.

Reacting back, Laila took to her Insta-stories to share multiple screenshots of her ex-husband as it was seen that he was threatening “Not to give her peace after giving her enough time to close her Instagram account”

Read the chat below; 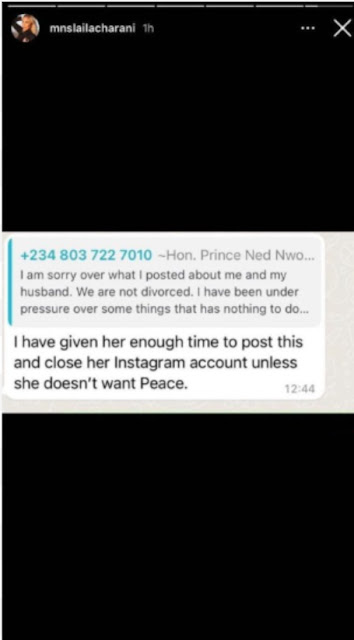