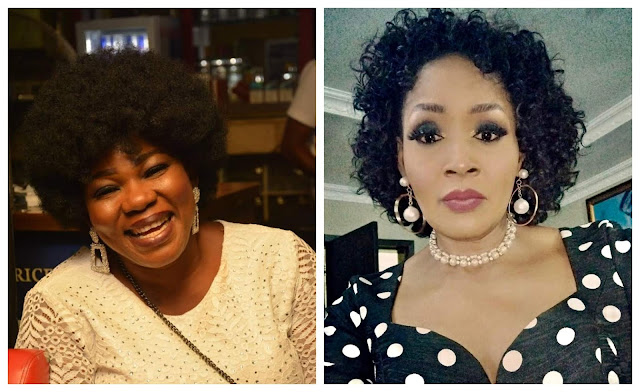 Controversial Journalist, Kemi Olunloyo has replied Ada Ameh after she threatened to beat her.

Elizabethblog recalls the fight all happened after Kemi Olunloyo alleged that Sylvester Oromoni agreed to to be beaten and also Poisoned by cultists.

Reacting to Ada Ameh threats, Kemi Olunloyo took to twitter to announce that she has reported Ada Ameh to the Police and Department of state service after receiving threats from Ada.

Kemi also said that Ada is Smart but she isn’t Intelligent as she urges her to focus on her daughter birthday rather than Interfering with Sylvester’s matter.

Ada Ameh: I have reported her to the Police, the DSS @USin Nigeria and @StateDept she threatened to beat me up unaware that threats against journalists are a serious offence. Ada is smart but not intelligent. I was even told Blessing Oko advised her on decorum and filming such.

I heard Ada Ameh was a 14 years old teen mom thrown out by her parents, that child died in 2020. Ada keep my children out of your mouth and focus on your dead daughter’s birthday today, a missed opportunity. Don’t look for my trouble, I don’t interfere in your job wharever it is. idiot. 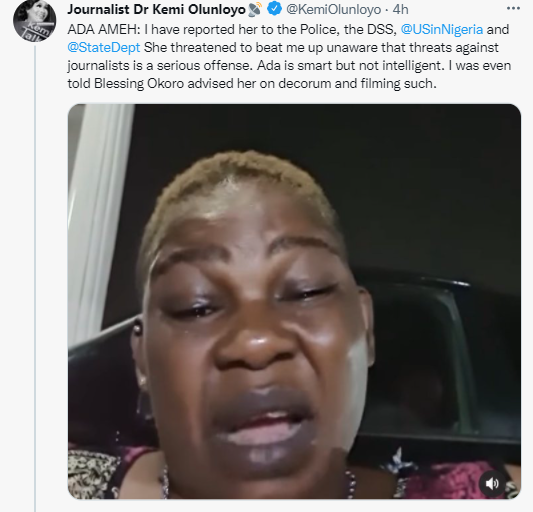