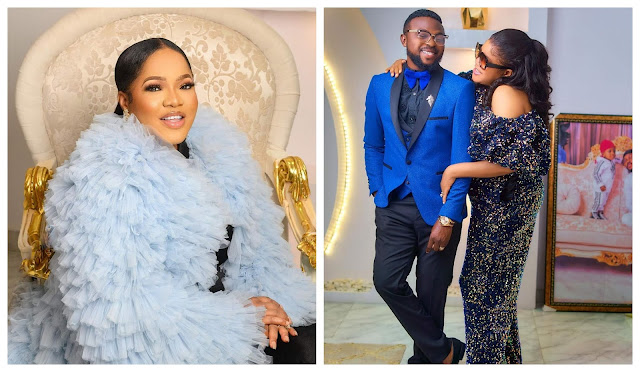 Nollywood actress, Toyin Abraham has taken to social media to shower praises on her husband Kolawole Ajeyemi as she described him as a man full of wisdom.

Sharing a photo of she and her husband, she narrated on her husband told her not to leave after attending Eniola Badmus 20 years of acting. 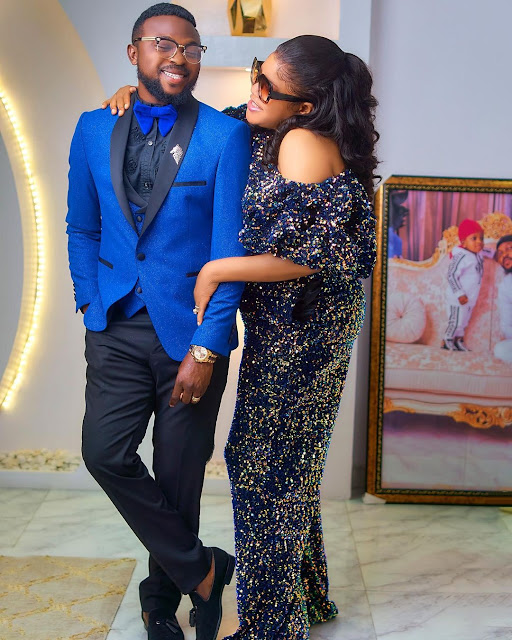 According to her, she said her husband told her she shouldn’t leave people that were her friends before they became couples because people will take her as their enemy due to her martial status.

At the Eniola’s party, it was fun but timing became late. I informed my husband @kolawoleajeyemi that it was time to go home. He said NO. Don’t leave the people that were your friends even before we got married. You should not become their enemy because you are now married. That sentence touched me. I became emotional but importantly grateful that God gave me this man full of wisdom.
Please help me say thank you to my husband @kolawoleajeyemi. 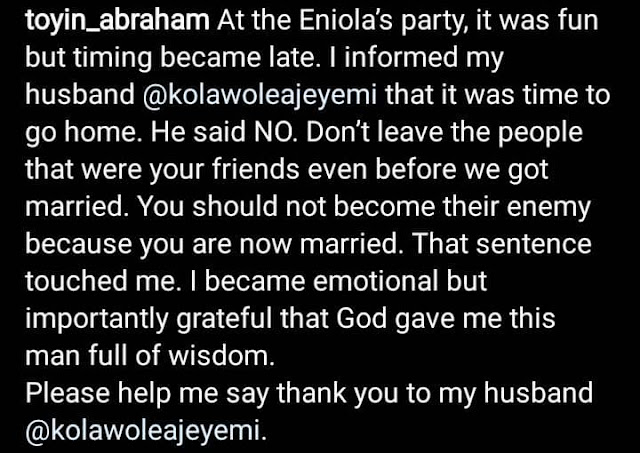