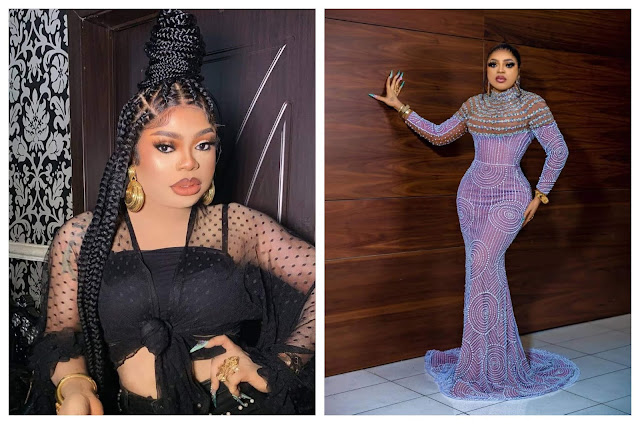 Nigerian Crossdresser, Idris Okuneye Olarenwaju aka Bobrisky has issued a warning to the Public over his upcoming house warming which will take place on January, 29th 2022.

According to Bobrisky, he said that he does not want razz people in his party but only Inviting Billionaires and anyone who wants to be in the event should buy the Aso Ebi.

He also revealed that the Aso Ebi costs N15OK and he is not forcing anyone to attend the party because they can also watch the events on blogs. 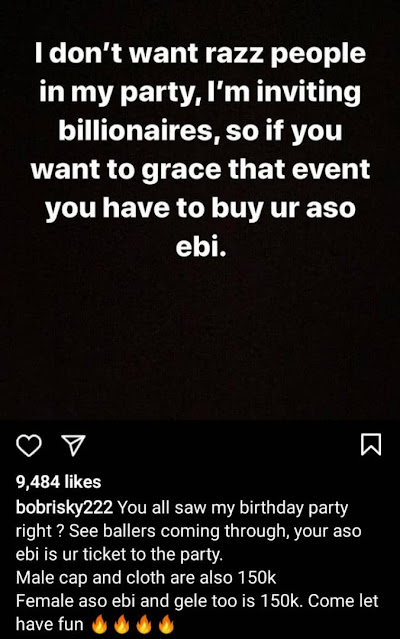 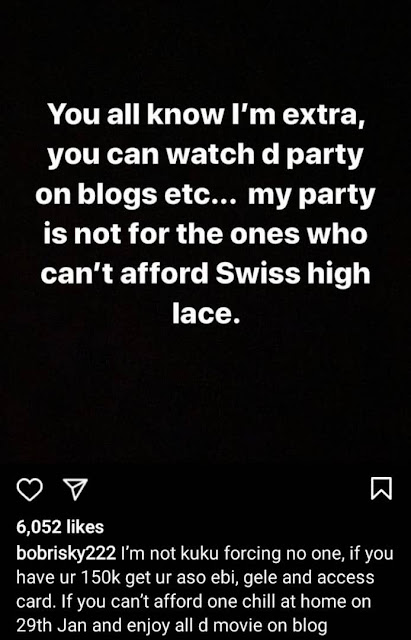 You are everything amazing to me, I feel blessed to have you in my life- Annie Idibia celebrates her daughter as she clocks 13yrs old