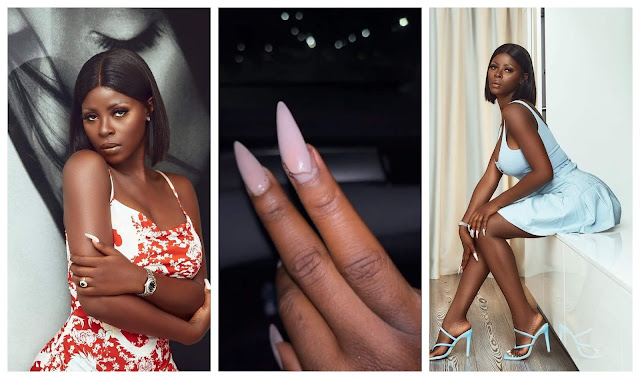 BBNaija star, Khole has called out the NDLEA over an Officer that assaulted her at a Airport.

Sharing the video, the BBNaija star called out an NDLEA Official named LS Shonbare for assaulting and breaking her nails.

She also called the NDLEA to Investigate the incident and also caution their officers to stop harrasing citizens because of their uniforms. 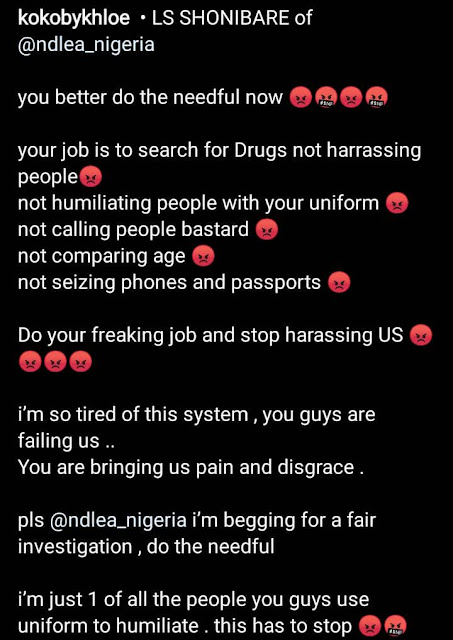