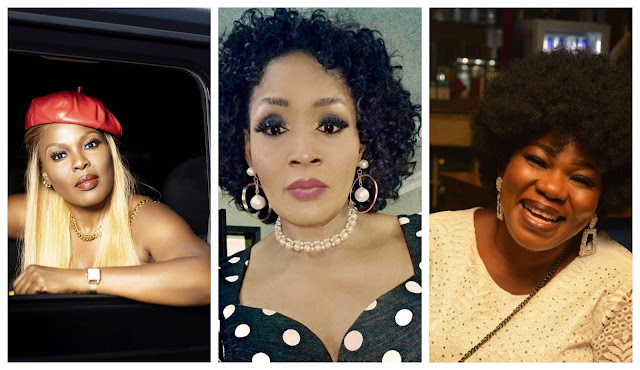 Elizabethblog recalls that Kemi Olunloyo alleged that Sylvester was the one responsible for his death as he agreed to be poisoned and also beaten by the Cultists.

Reacting to this, Ada Ameh took to her Instagram to post a video as she referred Kemi Olunloyo as a mental deranged human being who needs Psychological help.

Adeotun also took to her Instagram page to share series of videos as she revealed that Kemi Olunloyo is fond of saying things that are not true about people and it is time to beat her up.

Watch the videos below;