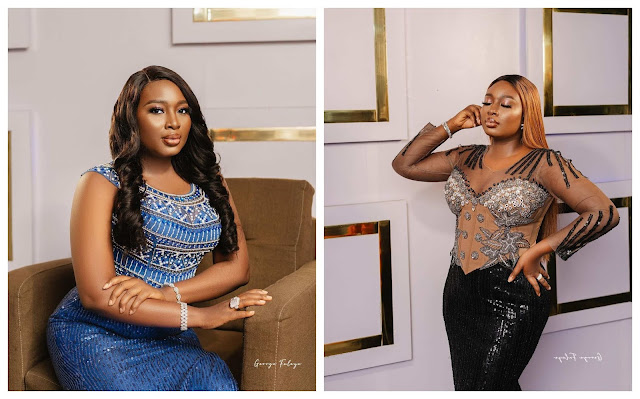 Nollywood actress, Adebimpe Oyebade has reacted to the critics after an Instagram blog alleged she is Pregnant for her Colleague Lateef Adedimeji.

Elizabethblog recalls weeks back, Adebimpe went viral after an Instagram blog accused her of lying after she debunked the claims of dating her Colleague Lateef.

In series of posts Gistlovers posted, It shared the details of Adebimpe and Lateef wedding card as it alleged that their wedding will be taken place on 22nd of December, 2021.

Reacting back to the claims, Adebimpe shared a video of herself on Instagram as she was seen flaunting her flat stomach.

In a pinned comment on Instagram, a Follower slammed those womb watchers who accused her of lying about her pregnancy yet she does not have a bloated Stomach.

Responding to the comment, Adebimpe said even though she gets pregnant, she will never hide it from anyone because babies are blessing from God.

Read their conversation below; 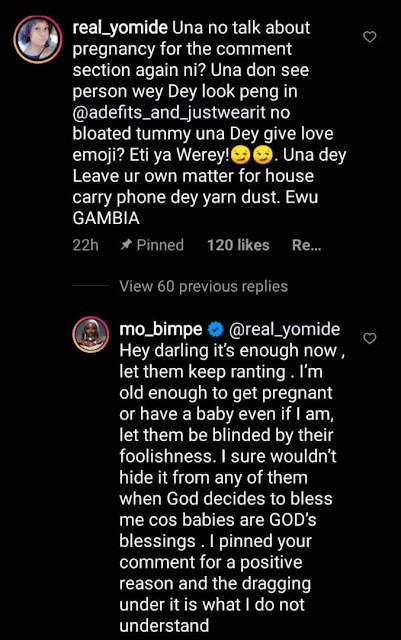