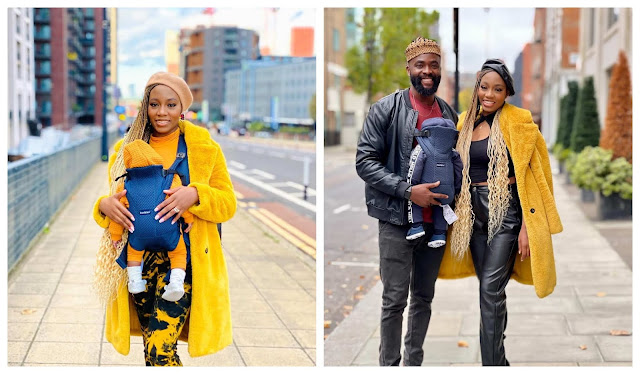 BBNaija star, Khafi has disclosed about her feelings during and after Pregnancy.

It was recalled that the Couples found themselves during the BBNaija show of 2018 and became lovers.

Expressing herself, She said that she and her husband were apart during her pregnancy and also delivery.

She also revealed that Gedoni had issues getting a visa to London, whereas, she was born and grew up in London and never had such issues.

She said she had to do the Pregnancy at some point as she was scared that the visa issue will tear them apart.

Speaking further, she said she sees him going out and drinking with friends in Nigeria while her body has gone true alot and she had no choice than to raise her child on her own and she didn’t want to go through what her mother face raising a child alone.