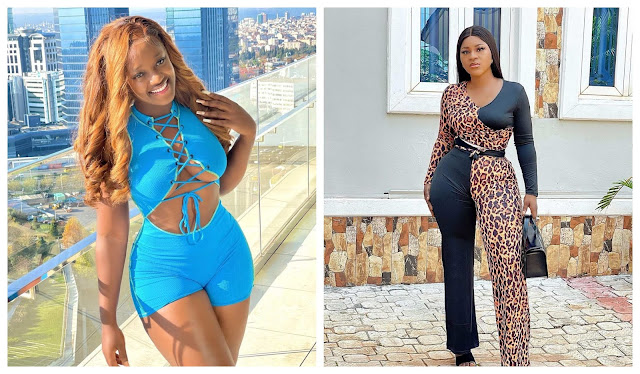 Nollywood actress, Destiny Etiko has reacted after her fellow colleague, Luchy Donalds called her out for Doing Plastic Surgery and Claiming natural tummy and ass.

In a now deleted post, Luchy Donald revealed that Destiny Etiko has undergone series of Surgeries to achieve her curvy body and ass while she claimed she got it natural.

Reacting to the claims, Destiny Etiko took to her Instagram page to share video of her mocking Luchy Donalds as she showed off her dollar bills.