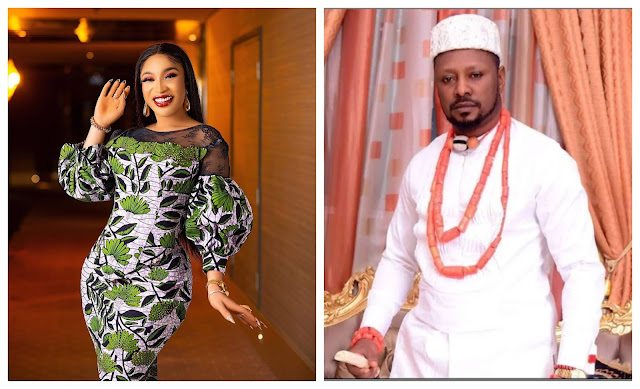 Actress Tonto Dikeh has reacted to the arrest of her ex-lover Prince Kpokpogri.

It was recalled that Last Night Kpokpogri took to his Instagram page to debunk the claims that he was arrested.

According to him, he said he was never arrested.

Reacting to the post, Tonto Dikeh called him a “Liar”

I am untouchable but woman touch you

You lie too much, arrested and released prince Kpo kpo garri 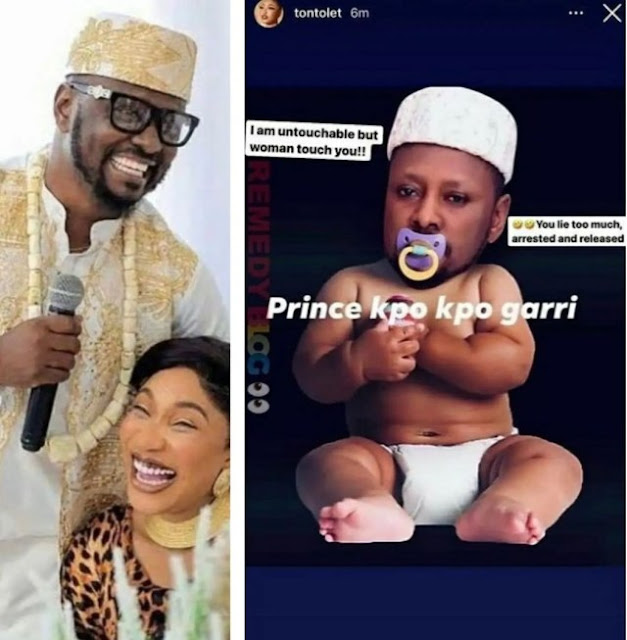