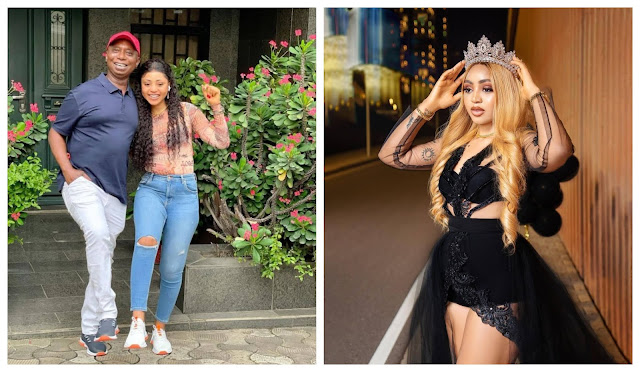 Billionaire Businessman, Ned Nwoko has revealed the reason why he shows off his Last wife, Regina daniels more than his other wives.

Ned Nwoko who is the husband 6 took to his comment section to slam a follower who opined why he rarely post his other wives.

According to the Follower;

“Abi na only Regina this man marry? post others too na”.

Reacting back, he wrote;

“It’s not every wife that wants to be in the public space. Some are very contented in their own privacy. Moon is my youngest for now and deserves every love and attention. In any event Gina loves good pictures and I cant but admire some of the great pictures she takes so often. In other words if I see great pictures I will post them”.

Read their Conversation below; 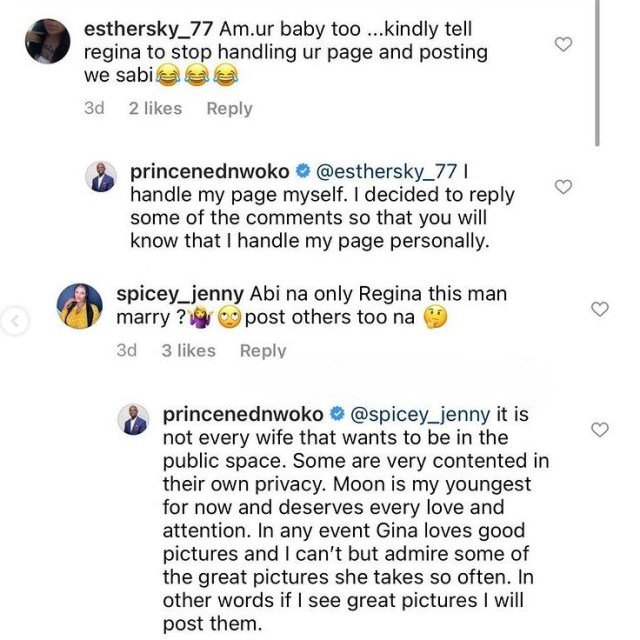