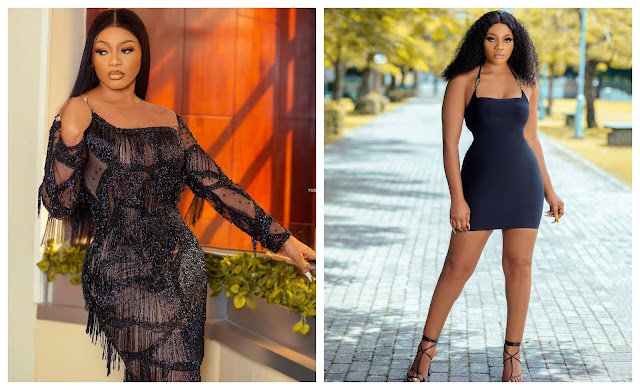 Former BBNaija Housemate, Beatrice has revealed that she lied about having a boyfriend during the reality show.

The mom-of-one disclosed this during a Q&A Session on her Insta-story.

A Fan then asked a question reminding her that she said she had a boyfriend and was in a serious relationship during the show how come she is single.

“I remember you said you were in a serious relationship in BBN, how is it you single?” The fan asked.

Replying back, Beatrice stated that it was her strategy to prevent her from doing certain things in the show.

“That kept me away from things of the world. It was my little strategy”. 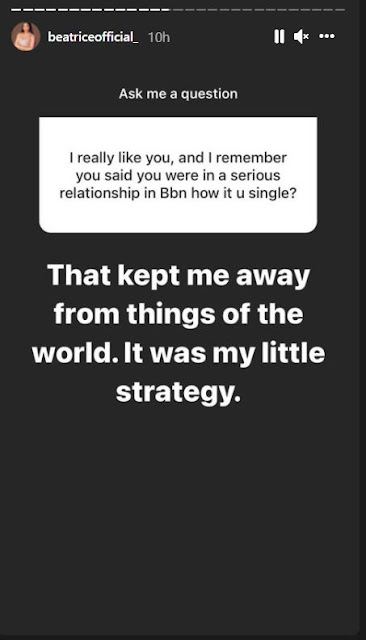 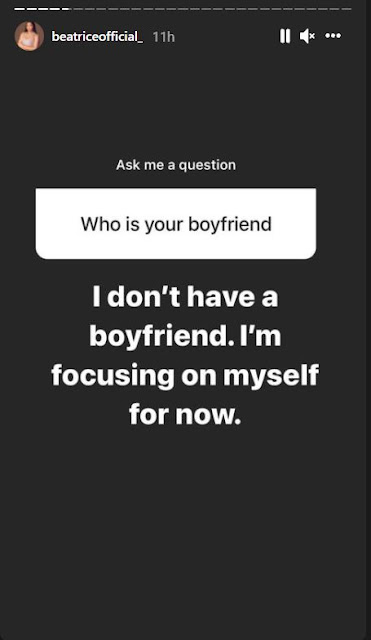