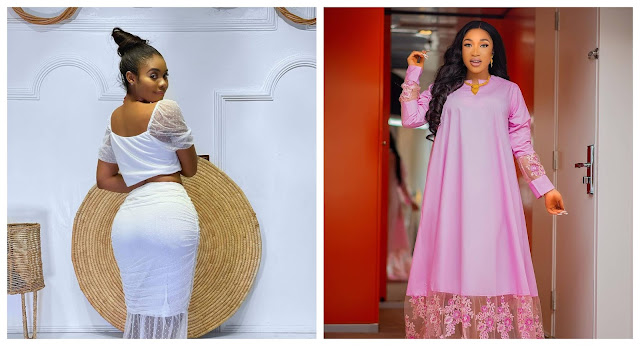 It seems Tonto Dikeh and Jane mena refuses to backdown as they continued to drag themselves on social media .

Earlier today, Elizabethblog reported that Jane mena Filed a Lawsuit of N500M against Tonto Dikeh over a false accusation and also being malicious.

Reacting back, Doris Ogala took to her Instagram page to slam Jane mena for being two sided.

According to Doris, she stated that Jane DM Tonto to beg her not to release the sex tape to save her marriage and now denying that she never did such.

Tonto then took to Doris comment section to write;

“Doris this CHILD KNOWS NOTHING YET, I will show her what an elder stands for.. Don’t release nothing it’s a trap, we release when it’s time to the right authorities”. 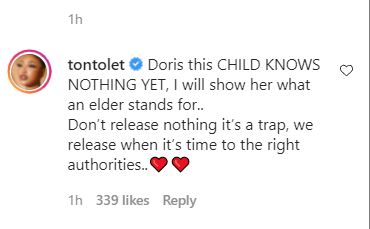