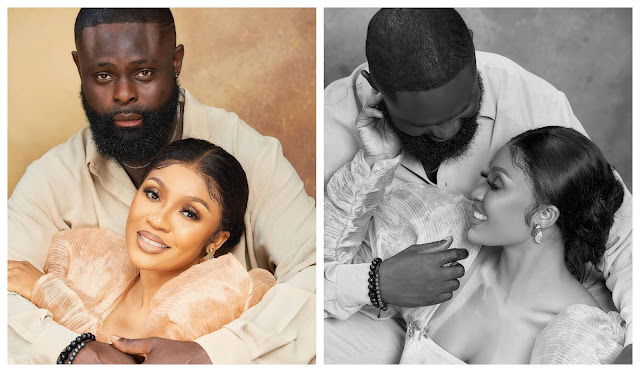 Fashion designer, Yomi Casual has thanked his wife, Grace Makun always being there for him and also choosing him despite having a better option 4 years ago.

Yomi who is celebrating his wedding anniversary with his wife also encouraged her for having their kids abroad as he revealed it was his greatest achievement ever. 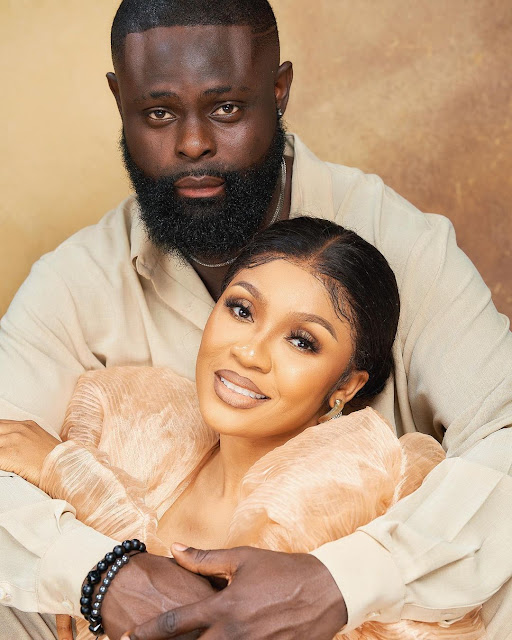 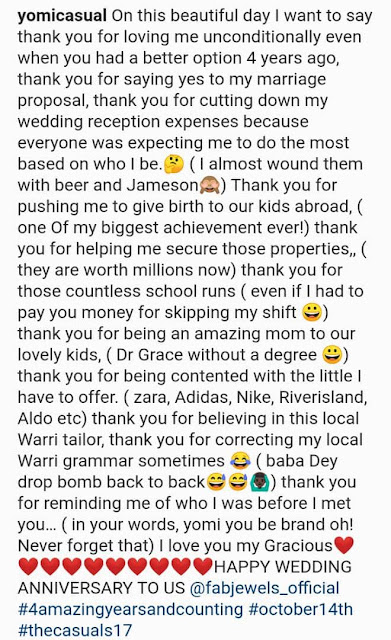