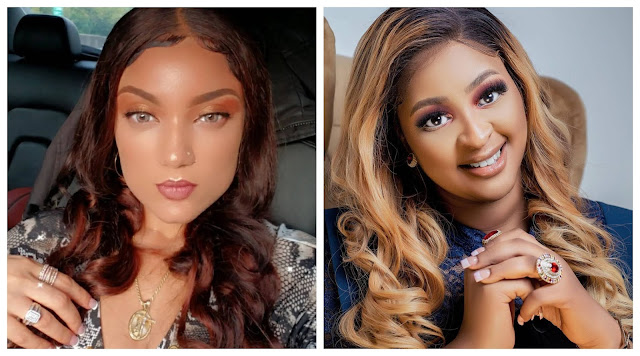 Former BBNaija Housemate, Gifty Powers has taken to her Insta-stories to slam Etinosa after she told her stop praising men days after she stated that No papa like Davido.

Yesterday, Elizabethblog recalls that Etinosa took to her Instagram to call out Gifty for hailing davido over what he is supposed to do as a father. According to her she dissclosed she has never seen a woman who is praised for breastfeeding her own child.

Reacting back Gifty said Etinosa to stop being a Nuisance as she referred her as a “Baby”.
Read her posts below…… 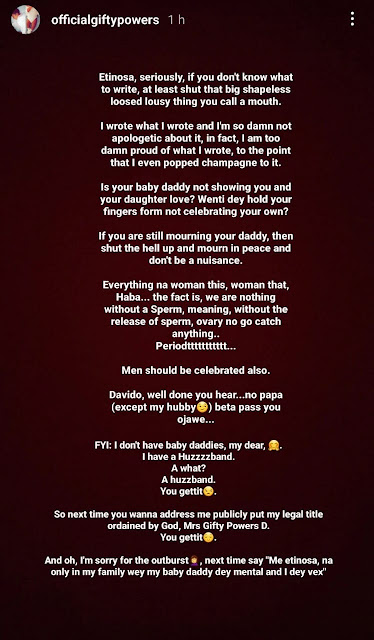 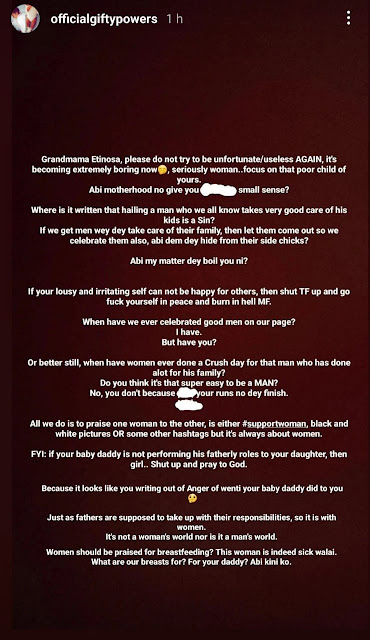