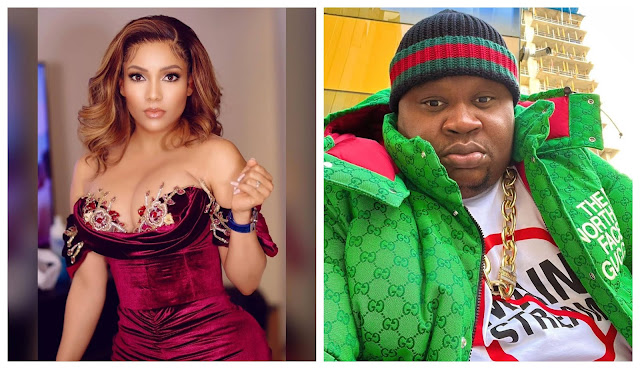 Cubana Chiefpriest has publicly called out BBNaija star, Maria for snatching husbands from their wives.

According to him, he stated that men should be careful of maria because girls like Maria are Powls and husband snatchers.

Writing Further, Cubana Chief priest shared a video of maria and a man he alleged that he is his sister’s husband. 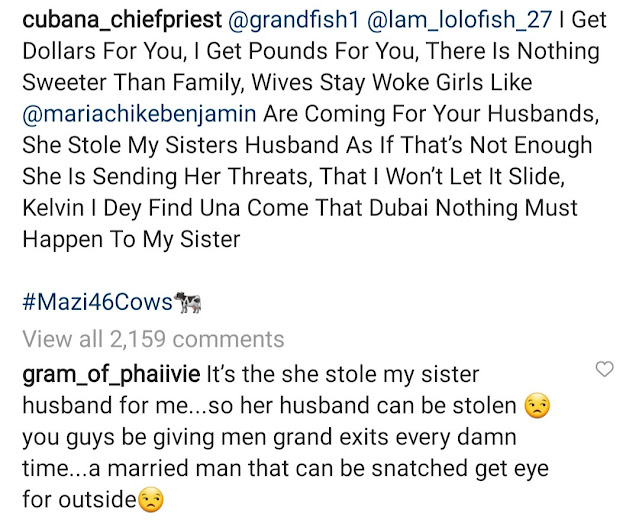 Sharing another Post, Cubana revealed his sister’s husband was covering his face when he was with maria because of Shame.

“All of us dey street. You no carry woman pass anybody but we never make home miserable for our woman to the point a side chic calls your wife to threaten her life.” 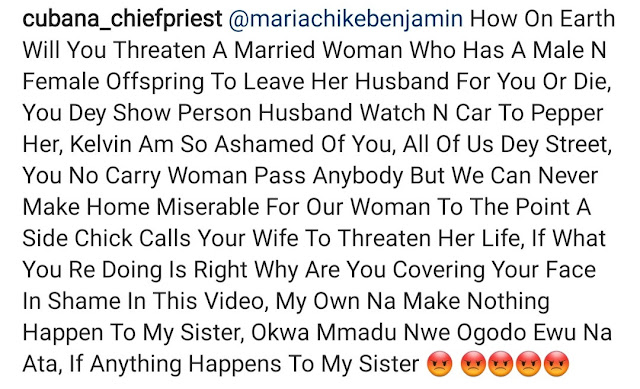