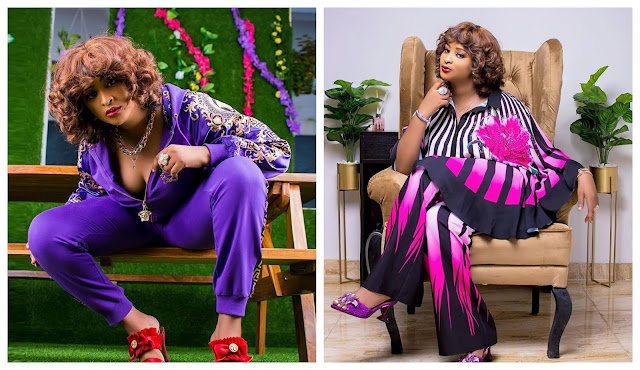 Nollywood Actress, Etinosa Idemudia has joined several women to share their experiences about what people have said about them as they partake In singer simi Challenge Nobody like woman.

According to the actress, she revealed how people questioned her the source of her money and also wondered how she bought a house for herself without a man.

Speaking Further, she revealed that she was accused of making money by sleeping with men aka Clitocurrency.

Sharing a photo as she joined the challenege She wrote;

“Them No Know say some of us, na we dey feed men sef” 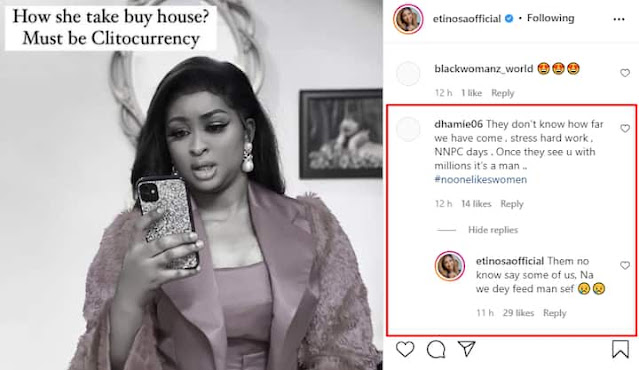