A Lady Identified as Trapselena has called out Annie Idibia for hitting her Husband,2face head with a fire extinguisher over Disagreements.

According to the lady, she stated that Annie Idibia Allegedly used a Fire Extinguisher to hit her Husband head at a hotel in Asokoro for paying attention to his Babymama Pero Adeniyi.

Speaking further, The reports alleges that the fight yesterday was so violent as soldiers came into the matter to seperate the couples.

Read the posts below; 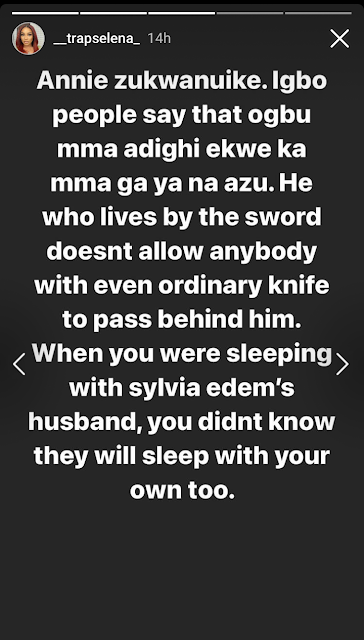 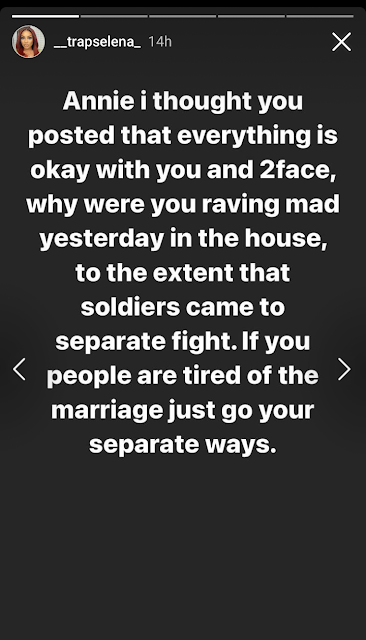 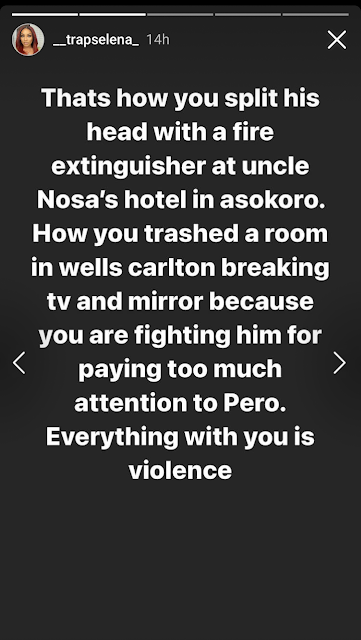 I rather stay single than enduring marriage with no respect- Tega

It’s been going on since last year, I have no choice than to quit- Psquare writes