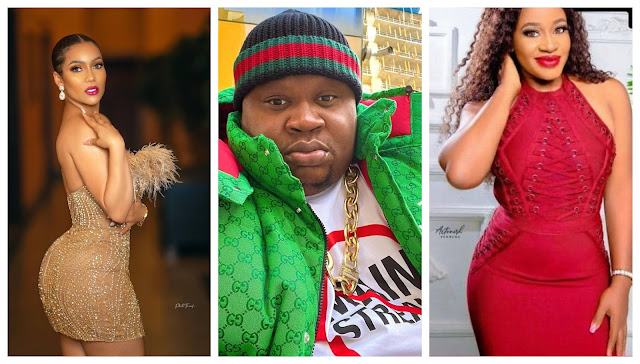 A Nigerian Lady has taken to her social media page to react to the claims of Cubana Chiefpriest whereby he accused Maria of stealing his sister’s husband, Kelvin.

Elizabethblog recalls Cubana called out Maria on social media as he alleged that she threaten Kelvin’s wife despite being married to him.

A self claimed Blogger identified as @Trapselena revealed that Kelvin wife, Onyi ended their marriage a long time ago because of they way he keeps cheating.
Read her posts below; 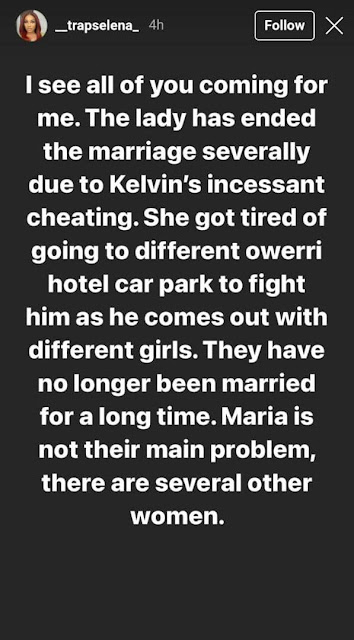 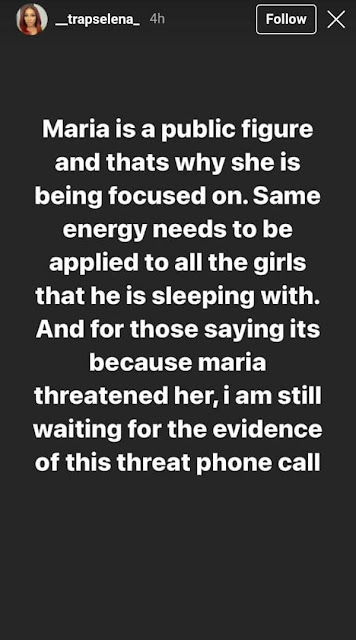 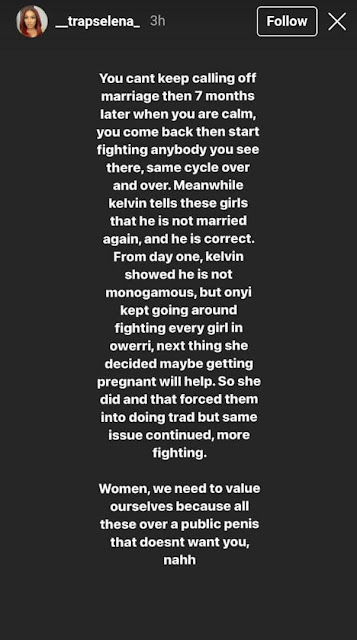 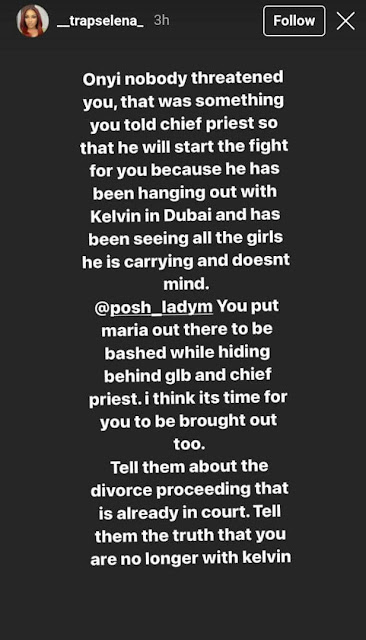 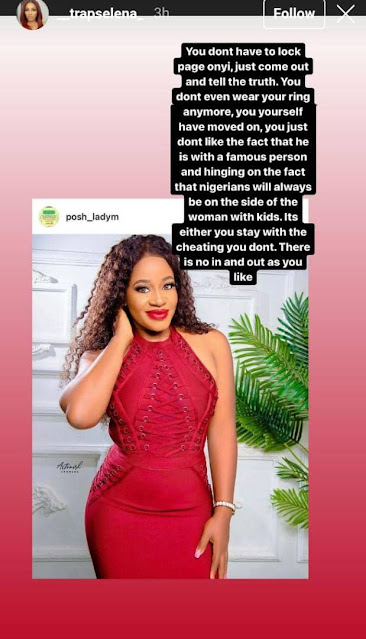