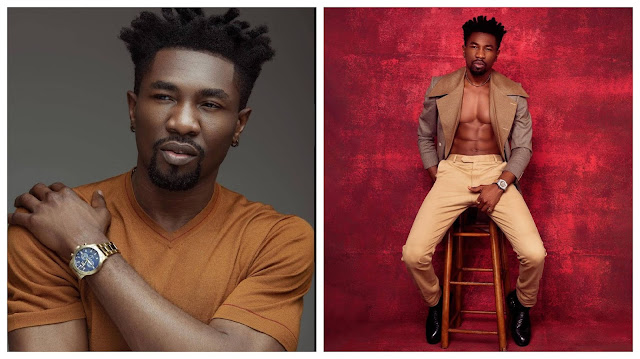 BBNaija star, Boma has revealed some Interesting Part about himself being an actor.

During an Interview with Jude Jideonowo, he stated that he has kissed and romanced alot of married women and also Girlfriends.

He also Bragged about being a professional actor and member of actor guild of american which pays his salaries.

Speaking Further, he revealed that he never had sex with Tega but he only romanced and Kissed her.

I’ve been on set and I’ve done the same actions or even worse than that. Not sex because I didn’t have sex with Tega, but I’ve kissed, I’ve romanced people, I’ve played romantic scenes with people’s wives and people’s girlfriends or whoever they were. I’m not the casting director. I didn’t choose who to be my partner.

Bro I won’t lie to you it was a show. That’s someone that asked me when I left the show without me even knowing what was going on, we are all going back to our families. I’m going back to my girl. Oh yes, I have a girlfriend and nobody still knows, how private can one be?”

I’ve stayed without a panic attack when I was around you- Nigerian Writer, Solomon buchi gets engaged