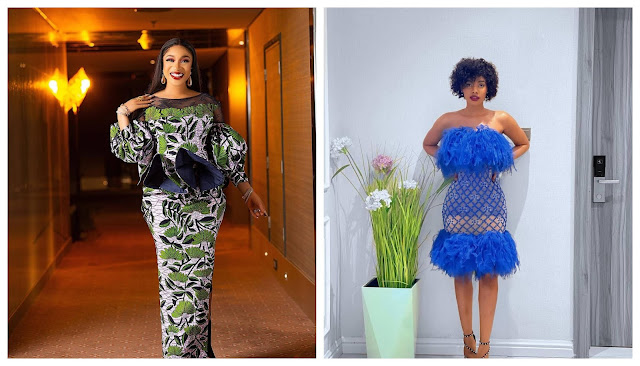 Popular Nigerian Dancer Usiwo Orezimena aka Jane mean has filed a petition before the Nigerian Police aginst Tonto Dikeh over her claims of cyberstalking.

It was recalled that Months ago, Tonto Dikeh alerted Jane Mena as she alleged that Prince Kpokpogri has alot of her Sex tapes.

Reacting back, Jane who did not confirm the allegation nor deny filed a petition against the actress.

The Petition reads below;

These malicious publications and in the context in which it was made, meant and Janemena understood it to mean the following amongst other things:

Janemena who is a married woman had and is still having an amorous or sexual relationship with Prince Kpokpogri (referred to in the publications as Joseph Egbri) who is not Jamena’s husband. 2. Janemena is cheating on her lawful husband. 3. Janemena has sex tapes. 4. Janemena distributes sex tapes. 5. Janemena’s sex tapes (old and very recent ones) are in possession of PRINCE KPOKPOGRI (Joseph Egbri) with which he will use to blackmail our client any moment from now.”the petition read in part

‘‘We appeal to concerned individuals and communities in cyberspace not to hastily conclude that our client is guilty of the allegations against her. Therefore, Tonto Dikeh is being given this golden opportunity to prove her allegation in court, because “he who asserts must prove same to be true” as a requirement of the law.” 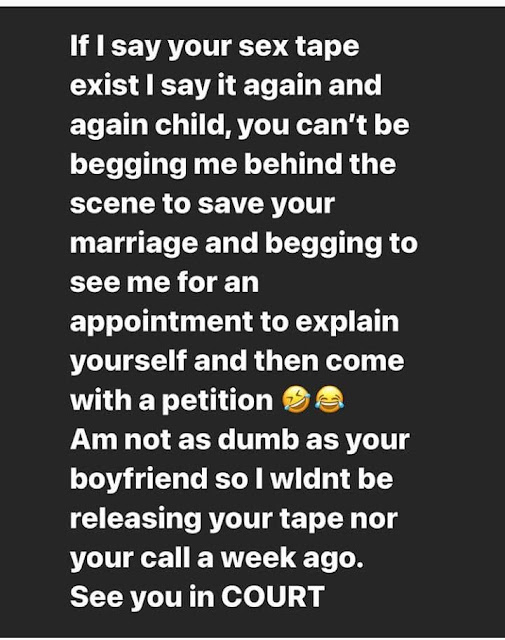