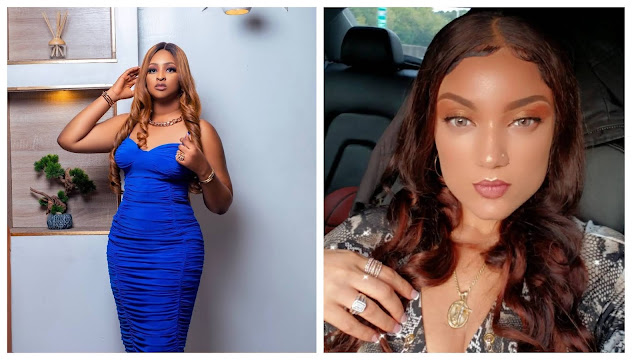 Nollywood actress, Etinosa Idemuida has slammed former BBNaija housemate, Gifty Power who hailed singer Davido for being a good father to his kids despite his relationships with their mothers.

While she hailed davido, she wrote;

‘No papa beta pass Davido. She praised him for coming through for his children despite his relationships with their mothers”. 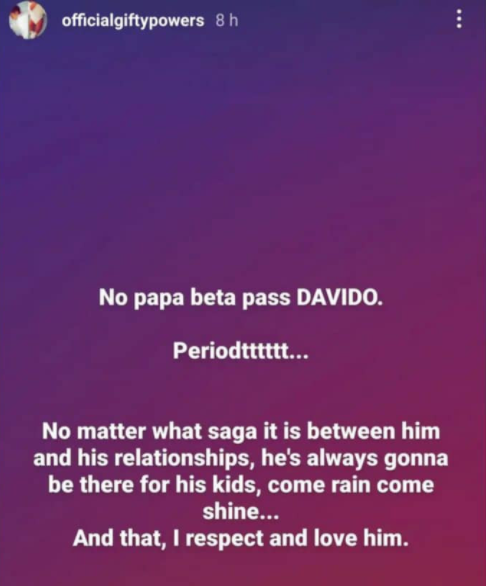 Reacting Etinosa urged that women are not praised when they breast their babies and she sees no reason why Davido should be hailed for attending his own child’s birthday.
Read her post below; 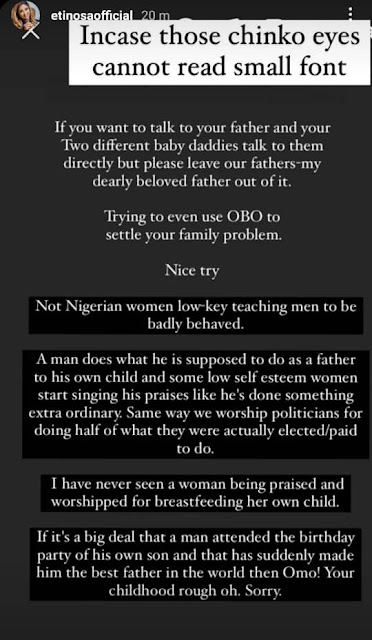