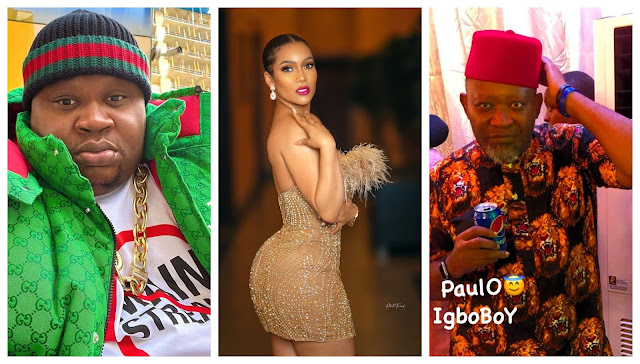 The CEO of Upfront and Personal Paul Okoye aka Paul O, the company that manages maria has reacted to accusations made by Cubana Chiefpriest.

This all happened after Cubana took to his Instagram page to call out the realtiy star for Snatching his sister’s husband, Kelvin.

Reacting to the Saga, Paul told Cubana to get his fact right before accusing someone on social media as he also Urged people to be careful.

“Get your facts right before you accuse someone on social media. Let’s be careful.” 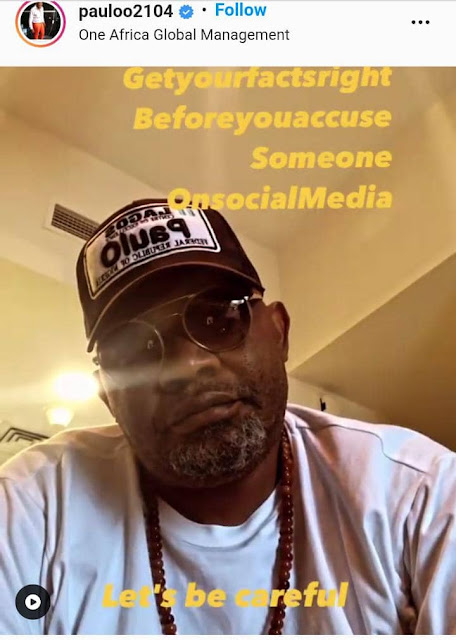 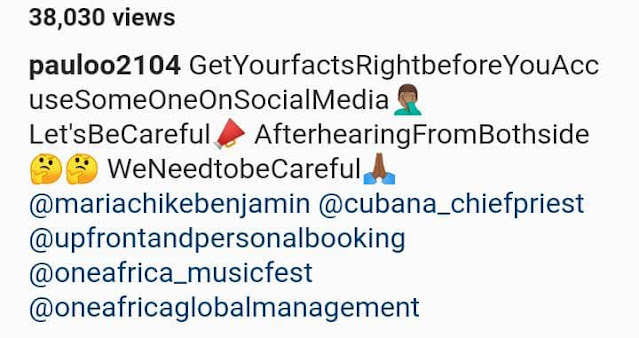