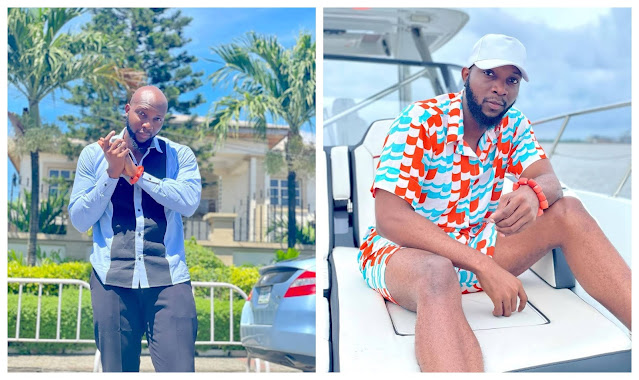 Former BBNaija Housemate Tuoyo has reacted to the saga between Maria and Cubana Chiefpriest after he called out maria for allegedly snatching his sister’s husband.

According to Tuoyo, he stated that those who are Insulting Maria are also planning to stealing someone husband or wives.

Speaking further,he said People should leave maria alone and stop criticizing her as they do worse in a low key. 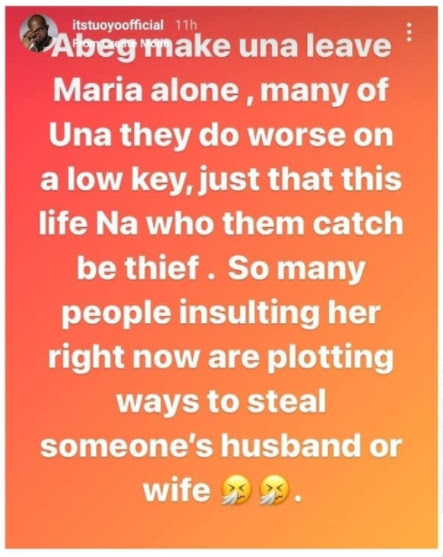