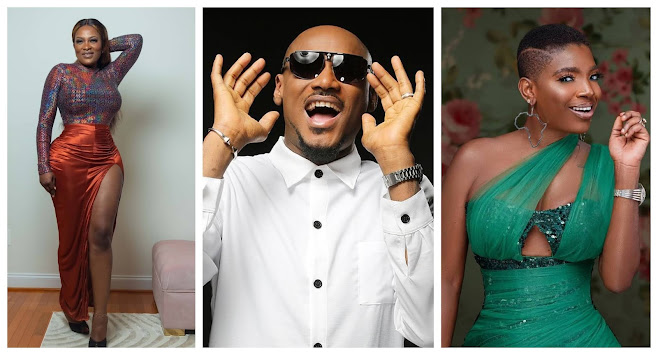 Nigerian Singer, 2face Idibia has stern a warning to his Family members and friends betraying him over his martial crisis with Annie Idibia.

This Morning, the singer took to his Insta-stories and warned those to stop tempting him to do his worst unless it will not be favorable for them.

It was also recalled that his wife Annie called him out on social media for having an affair with his babymama Pero.

Iyala….I ready for any bullshit now. Make all of us decide to crase and don’t give a flying fuck. Don’t tempt anybody to do their worst. You might not like what they can do.

Anything can happen from based on anything. I refuse to choose vawulence. All the people wey don decide to say una must involve peaceful people for una fucked up patter just because una fit. Make una keep am up and all of una wey dey encourage that levels no shaking. When the gods decide to follow up I hope say una go keep same energy. 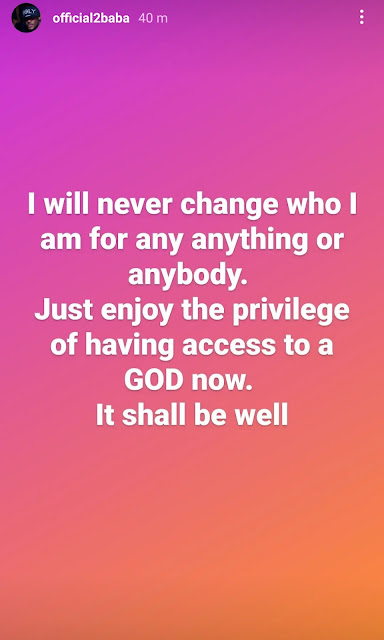 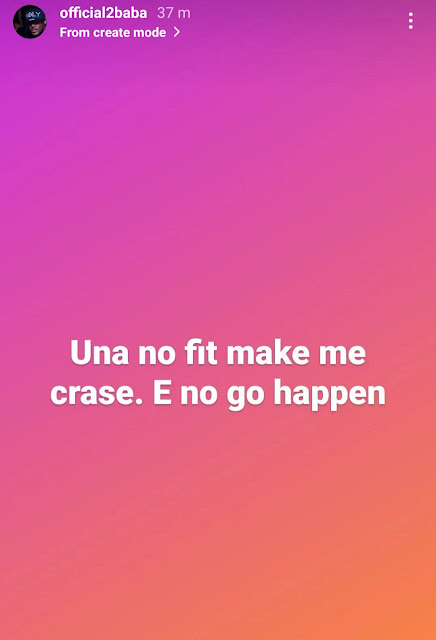 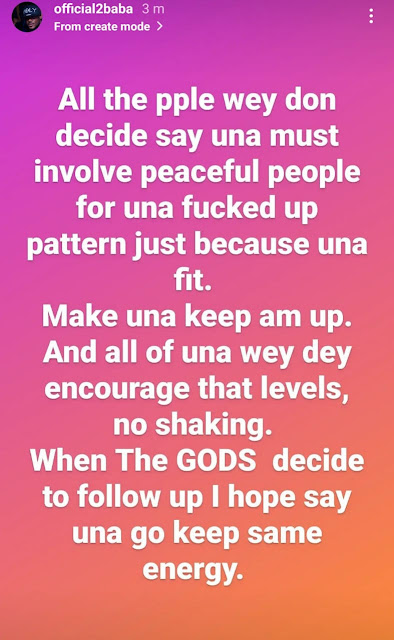 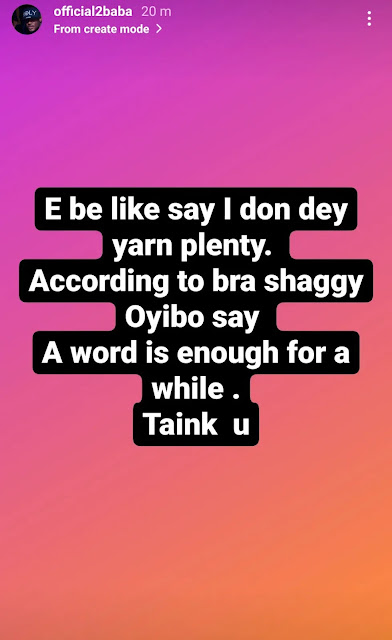 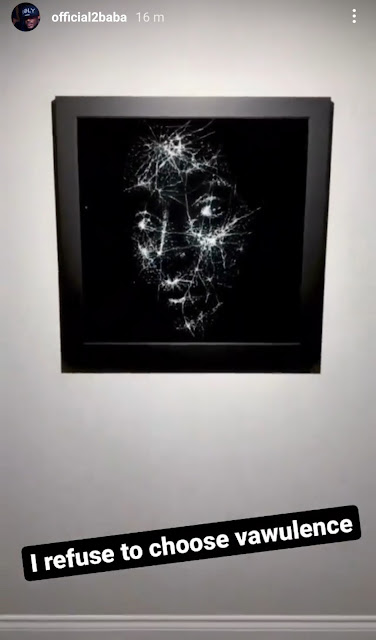 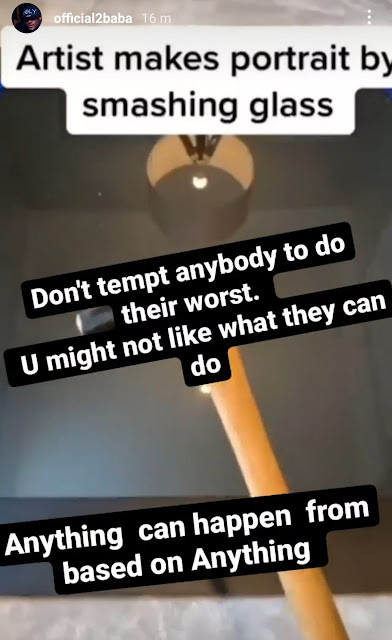 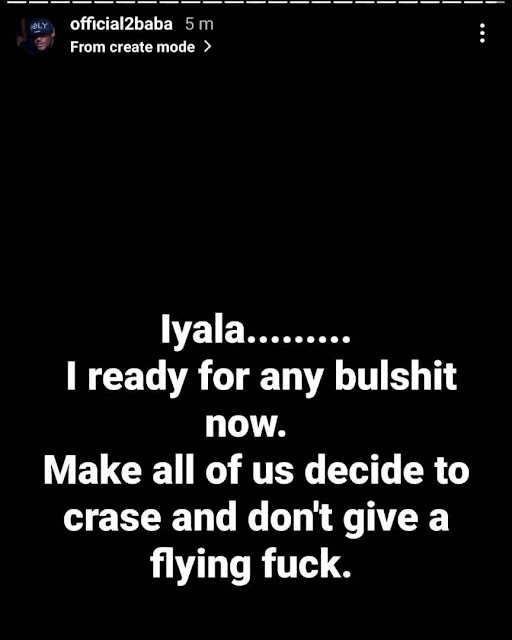 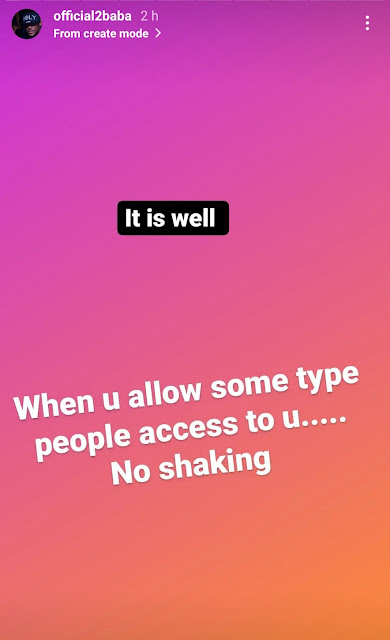 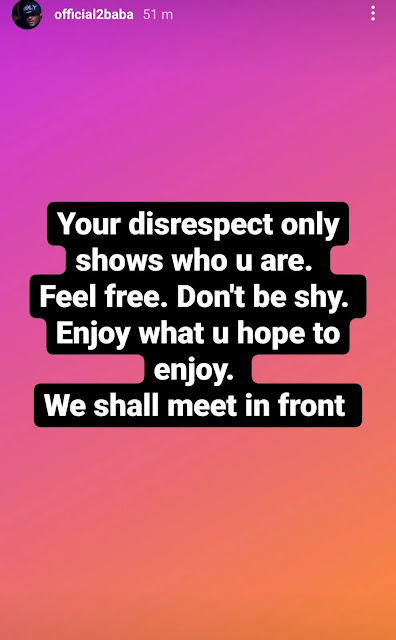