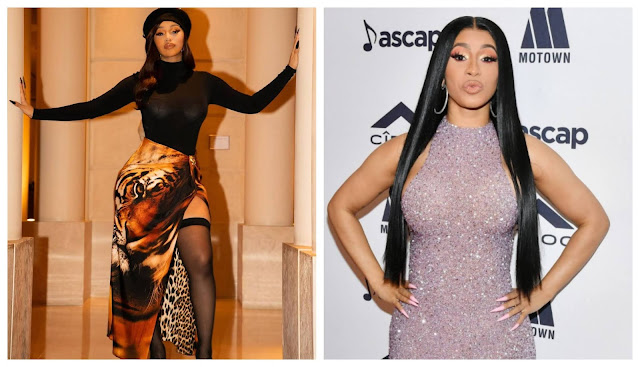 American rapper, Cardi B has reacted after she was told that she will likely go to prison over a club assault case.

It was reported that Cardi B appeared at the Queens criminal court where she pleaded not guilty to assault and also reckless endangerment charges for the 2018 incident which happened at a Flushing Strip club in Queens, New York.

The mom-of-two was accused for throwing bottles at two bartenders who are sisters and also ordered her friend to attack the girls.

Cardi is accused of orchestrating the assault and it has been rumored that it all went down because one of the women was allegedly creeping around with Offset.

Cardi B turned down the chance to plead guilty to the third-degree assault charges in exchange for a conditional discharge. She now faces up to four years in jail if she is found guilty of the charges.

After news of her not guilty plea circulated, trolls slammed her on Twitter as they mocked her that she will eventually go to prison.

She told one troll that before going to prison, she will break more records. 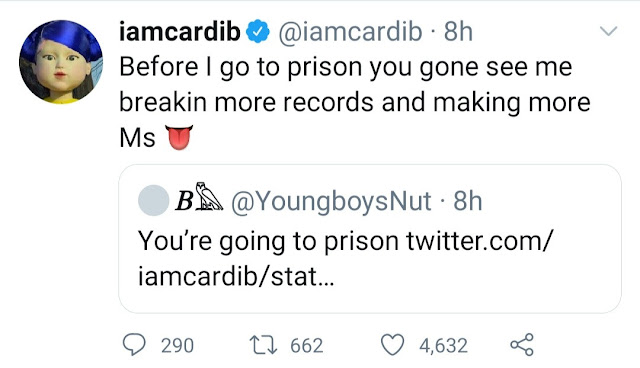 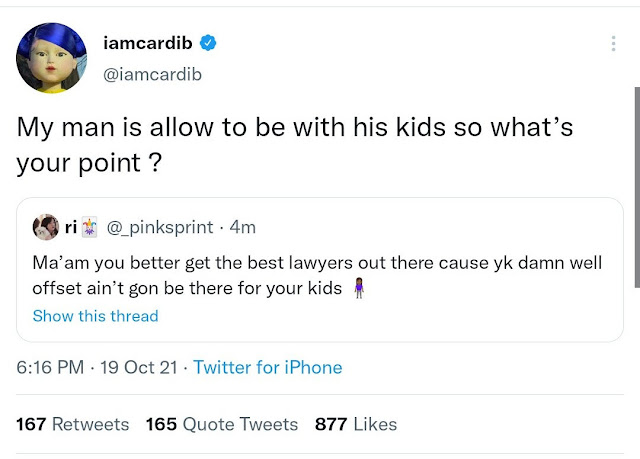