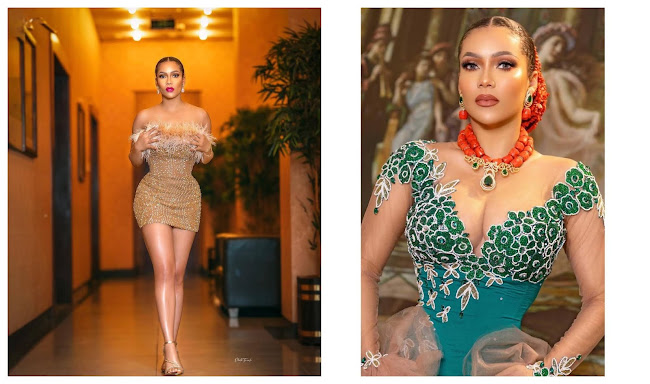 BBNaija star, Maria has finally spoken hours after Cubana Chiefpriest called her out for allegedly snatching his sister’s husband Kelvin.

Elizabethblog recalls Cubana took to his Instagram page to call out Maria as he revealed that there is nothing that is sweeter than Family and Wife.

During this Saga, Maria then messaged cubana and apologised to his sister as she disclosed that she is no more with kelvin and they have both blocked themselves on social media.

Nigerian Journalist, Stella Dimoko korkus then contacted maria on Monday, 25th, to get to know the side of her story.
However, While maria responded to the allegation, she stated that “It is well” as she appreciated the Journalist for reaching out to her.
Read the post below; 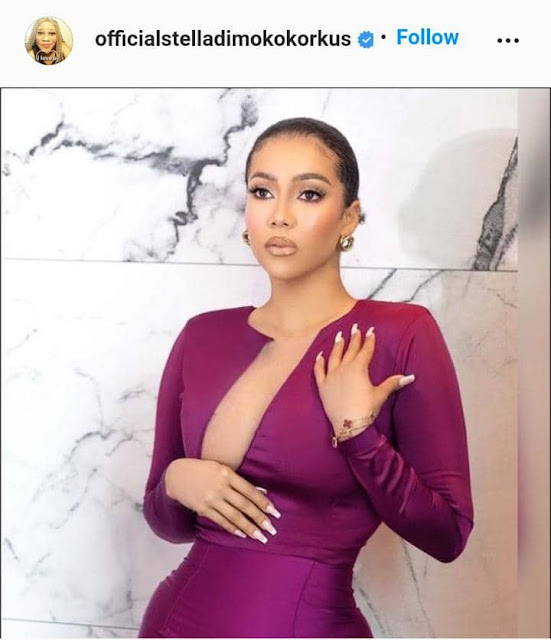 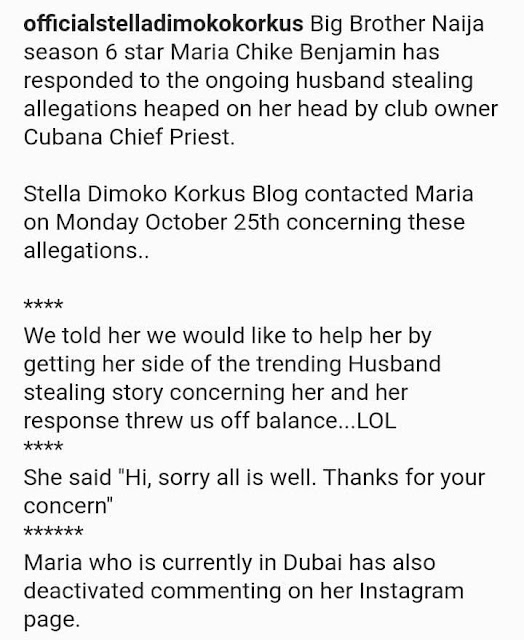