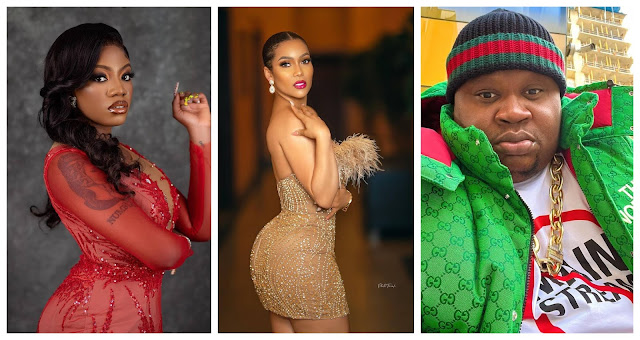 Former BBNaija Housemate angel has reacted to the Saga between maria and Cubana Chiefpriest.

Elizabethblog recalls that Cubana Chiefpriest called out Maria for Snatching his sister’s husband from her and also Threatening her on the call.

During the reality show, It was recalled that Maria, peace and Nini Gossiped about Angel as they called her that she has the most dirtiest and nastiest V*gina.
Reacting to the Saga, Angel took to her Insta-story to share video of a man laughing as he was heard saying “God have Mercy on us”