Nigerian Singer, 2face Idibia has filed a lawsuit of N1Billion against Brymo over his allegations against him.

Elizabethblog reported days ago that Brymo called out the singer on Socia media for accusing him of having an affair with his wife Annie Idibia.  READ HERE

On Wednesday, October 6, 2face got his Lawyers to write a letter to Brymo asking him to tender a public apology over his Tweets that went viral.

“The baseless and false accusation has caused unspeakable distress to our client and his family. You have also caused estimation to be lowered in the estimation of his friends, business associates and wilder members of the public and further caused him a significant loss of business”. 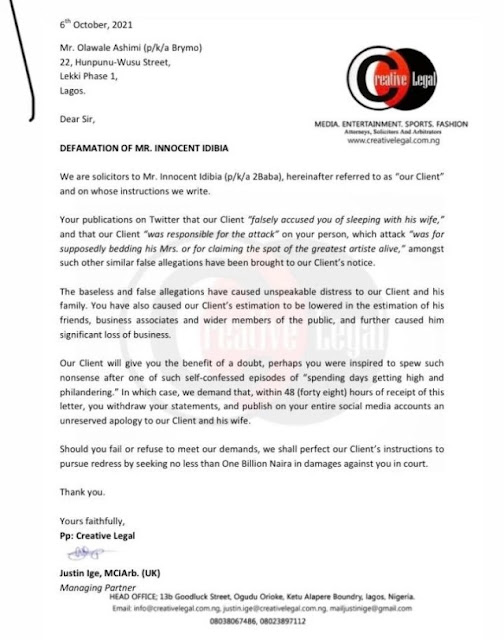